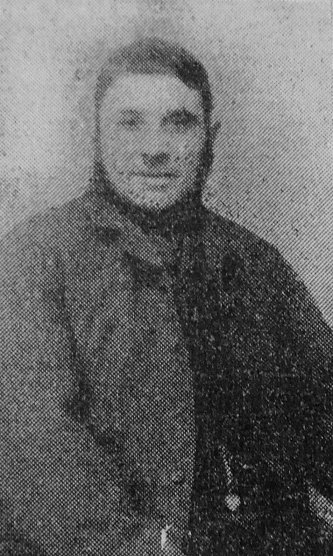 The inquest on William Eady was held at the Council Offices, Conisborough, yesterday, by Mr. W. H. Carlile.

George Wm. Eady, miner, of 35, Highthorn, Kilnhurst, son of deceased, gave evidence of identification and said his father, who was a casual labourer, had no fixed abode. He last saw his father alive about six months ago.

Did you know he was living in a stable?

No, he gave me to understand that he was in lodgings. I did not know he was living like that.

When did yon last know that he was living in a house?-I cannot say.

Have you not made enquiries? He is your father, you know. Were you not sufficiently interested to inquire how he was living?

I have asked him to come and live with me,’ but he said “No, I will not be a burden on anyone. I will live my own life.” Witness added that his father was “fond of a pipe.” He had enjoyed moderate health , for his age, and he never complained of illness.

Fred Hutchinson, of 4. Woodside View, Denaby, a carter, employed by Mrs. Emma Buckley, said he had known Eady for six or seven years. Eady was employed by Mrs. Buckley up to last month and slept in the ‘stables in a stall that was farthest from the stable door, on a heap of straw. Eady’ smoked a pipe, but witness had never seen him smoke in the stables.

“I spoke to Eady on Monday after I had heard him coughing, and he told me that he was “pretty bad.” He was lying in the stables then.”

Witness added that Eady had no other covering but his clothes and straw. He saw Eady in the stables on Tuesday, but did not speak to him.

Coroner: Apparently be was not well as he was always lying down?

I have not seen him out of the stables for a fortnight. Witness said he left the stables at 4-45 p.m. on Tuesday and everything appeared safe. Fred Buckley was with him, and neither of them smoked in the stables or struck a match.

Coroner: Has Eady had a lamp at nights?

He had a storm lamp, but he had not got one lighted when we left on Tuesday. They were all hanging in the stall where Eady slept. Answering further questions, witness said there were about 15 cwt. of straw near Eady. Three horses were generally kept in the stables.

Wm. George Winch, miner, 30, Tennyson Avenue, Mexborough, said that at 6-30 p.m. on Tuesday he was walking in Wadworth Street and smelt wood smoke. He looked about and saw the stables on fire. He ran to the Welfare Hall and gave the alarm, and with several men ran back to the burning buildings, and they tried to get the horses out by smashing in the back of the stables.

“By that time the fire had got as far as the first horse, which was down. It was impossible to get near the front of the building because of the wind blowing the flames across. We tried to pull the back side down, but it was too much for us. We had to give up when we saw the first horse fall. The fire brigade arrived about 6-45, after all the three horses were down. We had no idea that there was a man in the place, and if I had known when I first saw the fire, I should have gone closer to see what I could do.”

Witness added that when he first saw the fire there were two youths near. “sort of arguing whether the place was on fire or not.”

Tom Hill, 26, Montagu Avenue, Conisborough, a checkweighman, said he saw Winch go into the Welfare Hall at 6-33 on Tuesday evening, and after receiving the fire alarm he ran with two other men to the stables. He knew Eady was in the habit’ of sleeping in the stables, but it did not occur to him that Eady would then be in the building. Hutchinson arrived on the scene ten minutes later and asked if they had seen “the old man.” Hutchinson pointed out where Eady slept, but that part was then a furnace. It would have been impossible to get to him.

Mrs. Emma Buckley, widow, of 4, Woodside View, Denaby, said she could not say how long Eady had been sleeping on her premises. She did not know that he had been sleeping there for two years. She hadonly known him for eight months or so. “I told him on 27th December to stop sleeping there and he said he would. I did not know he had stayed on, because I had finished with his service. I had not seen him since’ that date.”

Mrs. Buckley added that on the premises were four motor lorries, three horses, and a quantity of straw. One lorry had petrol; in. but she did not store petrol there. The building and horses were insured, and one, lorry only. The stables were army huts originally and hadpreviously been used’ as a chapel.

Answering the foreman of the jury, witness said she told her four employees to ask the police to remove Eady from the stables.

Coroner: Did you ask them if they had done that?

No. I asked Eady many times before that to get a fresh place to sleep in. I did not care for him sleeping in the stables.

Coroner: You did not report this to the’, police yourself?—No.

That is rather strange if you were so keen to get him out?—Yes.

And four policemen live within five minutes of your house ?—Yes.

Inspector Redfern: It was common knowledge that he was sleeping there, was it not ?

I did not know then.

The Coroner: Is there anything in your insurance policy about men sleeping on the premises?

I do not know. I have not read the policy.

Have the insurance people told you anything about it since the fire?—No.

Hutchinson was recalled and, answering the Coroner, said that Mrs. Buckley told him after Eady finished working to get the old man off the premises.

Did  she tell you before Eady finished working?—No.

Were the police ever mentioned about getting him off the place?

She did mention the police after he had finished work, but I did not see them.

Why did you not see the police?

I did not like turning an old man out. He had no other place to go to.

Answering Inspector Redfern. Hutchinson said it was usual for five or six two-gallon tins of petrol to be stored against the stables.

P.c. Rose said he was called to the fire at 6.45 p.m. On arriving there he found the fire brigade in action. At 8 p.m. he found Eady’s body among the debris. His head was shout two yards from his bed. He knew the position because he had visited Eady many times during nights. Eady was lying face downwards and all the clothes were burned off his body. He was almost beyond recognition.

The constable added that he had never seen Eady smoking in the stables. He had never been asked to remove Eady from the premises. It was not a fit place for anyone to sleep in. “I have asked the men there if he had to sleep, and I was told it was part of his conditions of employment.” He had not reported the case to the police office or sanitary department of the urban council

Dr. J. McArthur said he had examined the body and found the man must have been alive during the burning process. Death was due to shock following the burns.

Addressing the jury, the Coroner said they had received little evidence concerning the cause of the fire. It was clear that the man had been asked to Ieave the premises, but Hutchinson had felt some sympathy for him.

“There is no blame to attach to anyone as far as I can see the only thing that strikes me is that his son has not taken sufficient interest in him to find out what he was doing and how he was living and not taken steps to get him into more suitable conditions. If he was not in a position to keep his father, then he should have had him taken to some home. I do not think there is any evidence to help us to a conclusion as to how the fire started. I suggest that you return a verdict that the man died from shock following burns and that there is no evidence to show the cause of the fire. There is not a scrap of evidence to point to the fact that the man was smoking in the stables.

Unavailing Heroism – Efforts at Conisbro’ Fire – The Story at the Inquest.