Take five boys with initiative, and a bright idea and you will get 10 shillings for the Doncaster infirmary. At least that is what they find in Conisbrough.

Five friends, Tony Greathead (8), Terry Greathead (7), and Ronald Vickerson (8), all of Church Street, and Joseph Sherlock (8) and Malcolm Haw (10), Park Road, thought what a spanking idea it would be to hold a backyard concert and agreed that it will be a fine scheme to charge their pals admission and send the money to the Infirmary.

They borrowed some old clothes from their parents as ‘props’. They even bagged some lipstick for make up and began to rehearsed three short plays. Of course one had to be “Red Riding Hood.’

At last they were word perfect, and so at the weekend up went a chalked notice on the gate joining Ronald’s parents fish shop in Church Street inviting patronage for this performance of youth at the latest Conisbrough ‘theatre’ in the old barn in the Vickerson’s yard.

The concert took place on Saturday afternoon. The ‘house’numbered 32, all of whom had paid a penny each for admission. Mrs Vickers and had been let into the secret and was there. And so were 14 teacakes, seven oranges and one bottle of pop. These were for refreshment, and the useful theatregoers all agreed that the players were just as good as the eats.

And Ronald, Tony, Terry, Joseph and Malcolm all Morley Place boys are now all eager for a revival. 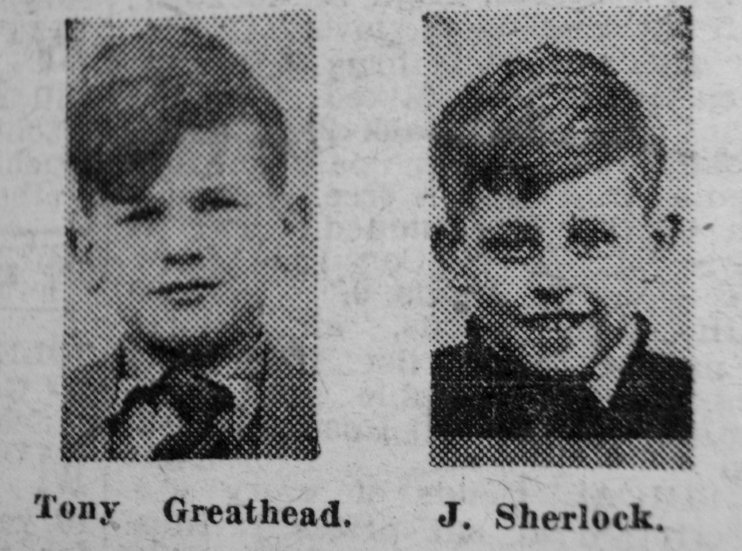