Plastics, metal, wood, slate, stone, plaster cotton, and more conventional water and oil paints, were some of the materials in evidence at Conisbrough Northcliffe High School’s “unique” two-day exhibition of work this week.

Visitors to Needlework part of exhibition 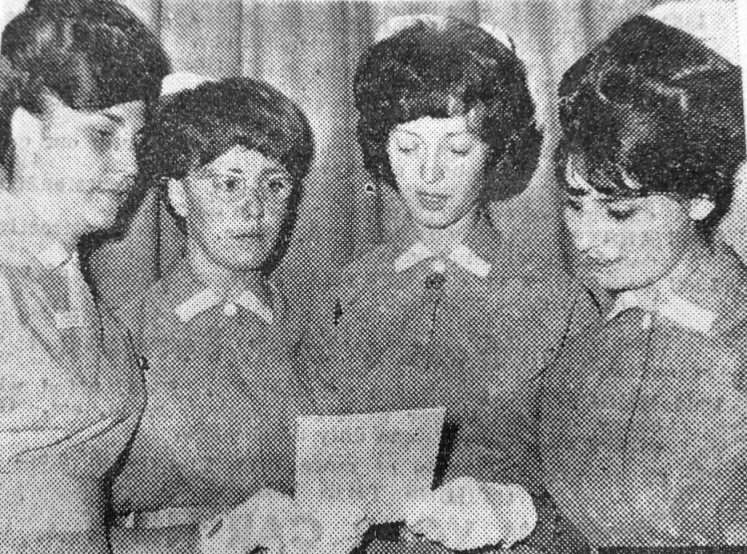 The creations of 200 Northcliffe pupils, and staff members, were on show on Wednesday and Thursday to parents, teachers, visiting junior scholars and fellow pupils. Mr. R. Charlton, head of the Northcliffe art department, told the “South Yorkshire Times” at the opening by the Vicar of Conisbrough, “The exhibition is designed to give children and parents some idea of what the pupils are capable of achieving using various creative materials. It also enables them to appreciate each other’s work”.

Parties from neighbouring junior schools toured the exhibits with their teachers. Mr. Charlton added, “It gives junior school teachers some idea of how their work is developed and carried on in secondary schools”.

Opening the display, the Rev. G.F. Braithwaite told the children their exhibition was probably “unique”, and he complimented exhibitors on the standard of their work. “Many people can express themselves better through art in its various forms than in other ways,” he added.

Headmaster Mr. Arthur Young said he was particularly pleased that members of staff had voluntarily submitted their work for the exhibition. 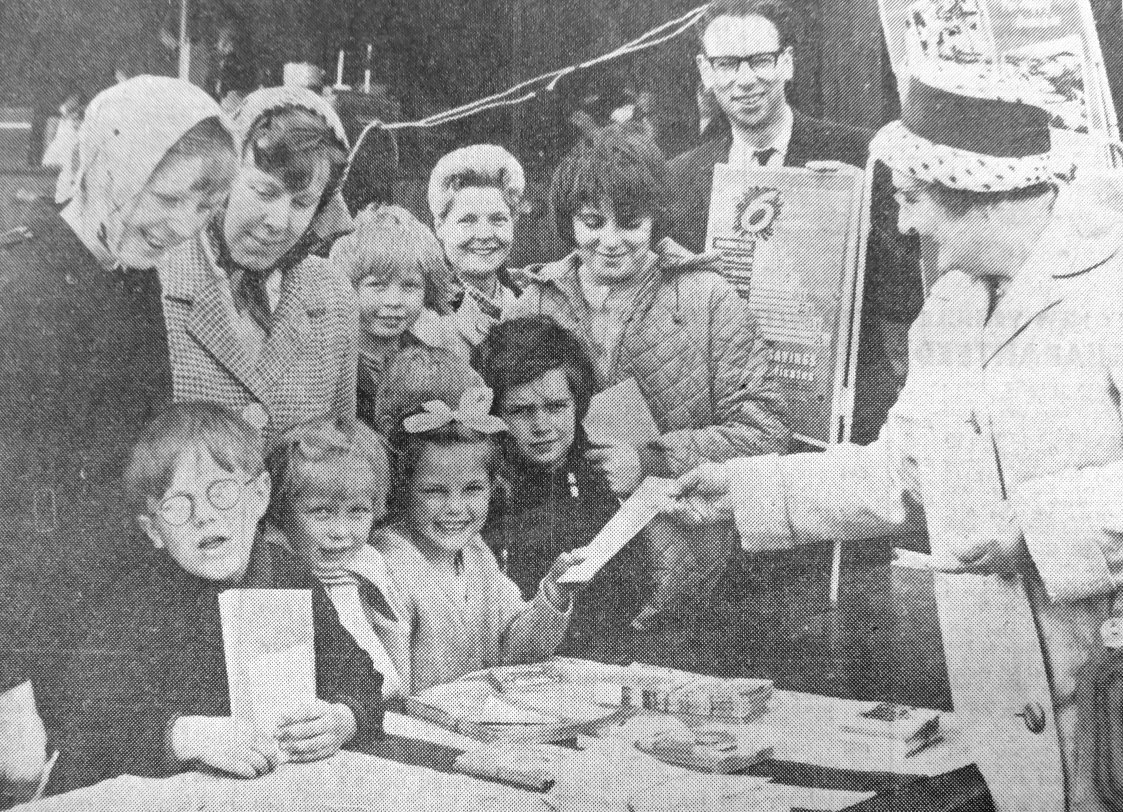 Northcliffe ‘High’ in the Forefront