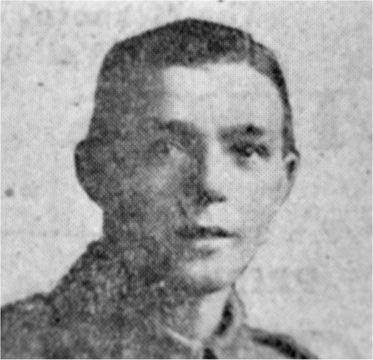 Second lieutenant Fowler enlisted last September in the seventh Battalion, Kings Own Yorkshire light infantry. Shortly after reaching the front line he took part in the battle of loos.

He enlisted as a private, went out as a corporal, received his third stripe in France, and was promoted to commissioned rank for good work in the field. This promotion is a considerable personal achievement, and has evidently been won by sheer merit. Second lieutenant Fowler received his education at the Morley place Council schools, Conisbrough.

He belongs to a well-known and much respected Conisbrough family, whom he visited on Monday on shore leave. He has now taken up his new duties, and expect shortly to be back again in France.

Conisbrough people will be gratified to know that already four Conisbrough young men have risen out of the ranks. Their names are: Philip Brocklesby and Harold Brocklesby, sons of Mr John Brocklesby, J.P. Seaton Barnard, son of Mr A.H.Barnard and Douglas Fowler.