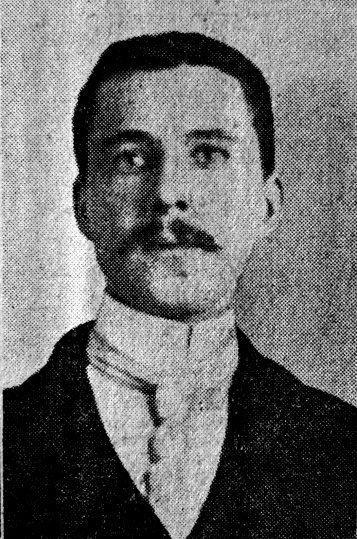 The subject of our reproduction is certainly a well-known and highly respected resident in the Conisbro’ district.    He is, however, more highly esteemed by a certain section of the community, to wit, the glass: workers.

He has, ever since he started to work, been a tried and true employee of Messrs. Kilner Bros., and all the other workmen at that particular works know his worth. This was shown in a material manner on Saturday evening last, at the Eagle and Child, Conisbro’.

He is a staunch trade unionist, and has been connected with the Flint Glassmaker’s Association. For the last six years he has acted in a responsible way as district secretary to Conisbro-, for the above Association.’ He has filled that office in a capable manner, and it was in recognition of such services that his fellow workmen thought he was worthy of something tangible to show that they had fully appreciated his term of endeavours.

During his term of office as secretary, he has also been a member of the Executive Council. The sequel of this wish came on Saturday, when, previous to the presentation, tea was provided at the Eagle and Child, to which about 50 sat down.

The after proceedings were presided over by Councillor Milnes (Rotherham), General Secretary of the Association, supported by Mr. F. Swann,

The all-important part of the programme came first, and the Chairman alluded to the valuable services rendered by Mr. Keys, and then handed a solid gold albert and medal, inscribed: “Presented to Mr. Charles Keys, by his fellow workmen, in recognition of his services as secretary,” to the oldest member of the district, Mr. J. Marshall, who then, in a few words, presented the token of appreciation to Mr. Keys.

Mr. Keys suitably thanked his fellow men for their kindness in making him the recipient of such a handsome present, but he had done the work out of duty to his comrades. Mr. Milnes afterwards addressed the gathering upon the work of the Flint Glassmakers’ Association, and the rest of the evening was spent in conviviality. The following artistes contributed to the evening’s enjoyment: