A delightful gift – the Door of Health 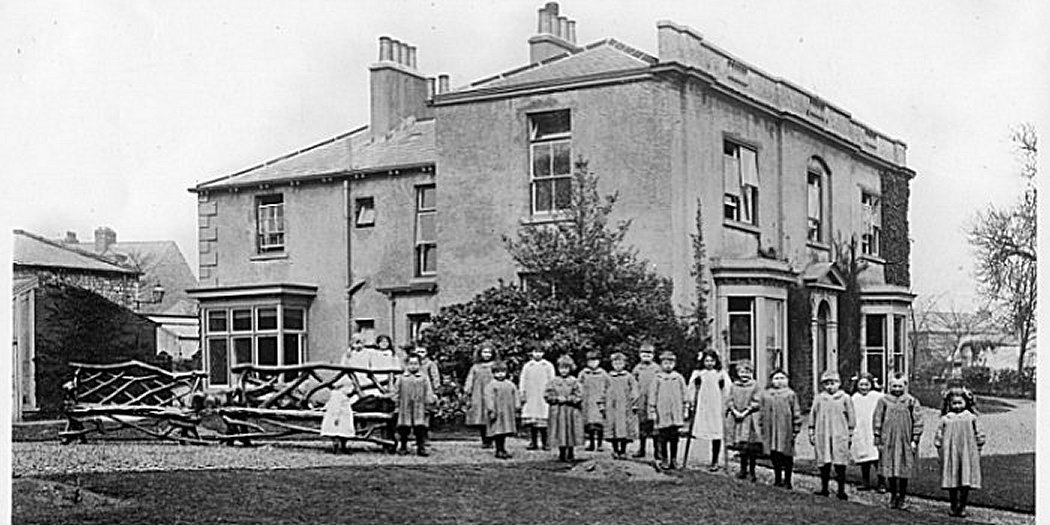 The beautiful residence of the late Mr. Godfrey Walker, the Priory, which nestles on the hillside to the east of the Church, and which seems to belong to the historic old Castle,or the Castle to it, commenced its official career on Saturday as an annexe of the Sheffield Royal Infirmary, and is now known as the Godfrey Walker Convalescent home.

The ceremonial attached to this transfer took place in beautiful weather in the Old Priory, and its 3 ½ acres of well wooded grounds looked at their best. It seemed like old times to see fashionably dressed ladies and well-groomed gentlemen strolling across its broad, sunlit lawns and the company, which had a strong Sheffield flavour, represented some pretty solid influence and social distinction.

Mrs Godfrey Walker did not feel equal to the trying journey from Northbrook Park, so that the Home was declared open by Mrs Colin Smith, a very fitting distinction, both for the Home and to the lady, for it was largely the result of the late Mr Godfrey Walker, personal friendship with Mr Smith that the Sheffield Royal Infirmary dropped in for this windfall.

Mr Colin Smith and Mr Godfrey Walker were old hunting friends and Mr Walker often promised to do something for the Royal Infirmary, in which Mr Colin Smith takes so keen an interest.

At first it was suggested in his lifetime he should provide endowment for a couple of nurses, but his relief decided to go one better than that, and to give the beautiful old house and grounds to the hospital for use as a Children’s Home – a handsome gift, which would probably represent £5000 in cash.

The late Mr Ramsden, the Parson, from whom Mr Godfrey Walker secured the property, gave twice as much as that, after he had been out hunting one day. Mrs Walker also gave £1000 towards the cost of altering and converting the house and making it suitable for its charitable mission, and contributes a further £100 a year towards the upkeep. Naturally Sheffield people are not insensible to this magnificent generosity, and regrets were generally on Saturday that there was no opportunity for thanking Mrs Walker verbally and in person.

Any soreness which the local people may have felt that the Priory should have been given away from there must have been softened and modified by a recent handsome gift to the village in the shape of three recreation grounds, with all the necessary fittings, and to the local Hospitals at Mexborough and Doncaster.

The Priory could not possibly have been put to a more useful purpose, and it could not have been placed in the administration of better hands. Our reporter had the privilege of a few moments conversation with Mr Colin Smith as he waited to receive his guests, and there was something of the pride of proxy ownership in his voice as he spoke of the Home. We understand that the Home was open for the receipt of children a month ago, and there are now 20 of the little blue frocked invalids. Later we had an opportunity of seeing them disporting themselves on the south lawn. That sight went a long way towards reconciling us to the loss of one of the most charming residences which even Conisbrough can boast.

Mr Smith tells us that the maximum accommodation is 40, and the Home will always be full. “The recuperative properties of this place” he said, “are splendid, I feel them myself.” “The children come in as perfect wrecks, and we make them as fat as pork pigs.”

Mr and Mrs Colin Smith and been regular visitors to the Home since it was conveyed to the Royal Infirmary, and had not a little to do with a tasteful manner in which the alterations have been carried out. Mr Smith is the chairman of the Godfrey Walker Home Committee, and already two meetings of that committee had been held in the Home.

The work of alteration has cost £1200; or £200 more than Mrs Walker’s handsome donation, and it has a consisted largely of the addition of a new wing, constructed of substantial stone, pebble dash, and harmonising very nicely with the trunk of the building. The new wing contains a nurse’s sitting room and private kitchen. Many of the internal walls of the house had been cut away, and five large bedrooms have been converted into wards. Other bedrooms have been turned into nurse’s private rooms, service bedrooms, bathroom, etc. and all with the latest fittings. All the floors have been taken up and mosaic substituted. The old building has been fitted with a supply of hot and cold water, and is lighted by acetylene gas. Messrs Bailey and Clapham, of Keighley, having put down the plant. All the outbuildings have been turned into sanitary conveniences for the inmates, and a caretaker’s cottage has been provided.

The estimated value of the ground and buildings is £5,000. The work has been done by Mr George Downing, contractor and the plans by Mr H.L.Smethurst of Conisbrough, in conjunction with Messrs Gibbs, Flockton and Tether of Sheffield, architects to the Infirmary.

Children’s Outgrown and Cast Off Boots and Shoes (picture)