Mr and Mrs John Soar, of “Sunnyside,” Denaby, celebrated their golden wedding on Saturday in the Large Hall, Denaby.

They were married at Ridding’s Church, Green Hill Lane, Derbyshire, on July 29, 1861, and the 50th anniversary of their wedding was made the occasion for much rejoicing at Denaby.

Mr and Mrs Soar are well preserved. The gentleman is in his 72nd year and the lady in her 70th year. Mr Soar is the under manager at Denaby Main Colliery, and came there in 1894 from Unstone.

Few men have such a wide and varied experience of collieries as Mr Soar. He has been associated with them ever since he was a boy of nine, and has worked himself up from the humble trapper stage to his present important position.

He started his working life at Stanton, in Derbyshire, and from there went to Cindy Hill, in Notts. As a young man he came back into Derbyshire to a place called Green Lane, there took place his marriage with Miss Annie Sharp, the daughter of Mr Joseph Sharp of that place.

During the intervening 50 years he has worked successfully at Green Hill Lane, at Birchwood, Hawksworth, Alfreton Bythorpe, near Chesterfield, Brampton, Renishaw and Unstone. He was under manager at Bythorpe Colliery, and when he came to Denaby he was well fitted by experienced take charge of the underground workings of an important mine like Denaby Main.

At that time Mr W.H Chambers of the manager of both Denaby and Cadeby mine. Mr John soar has been associated with every progressive movement in Denaby Main, has given his hearty support and cooperation to them home, but has been predominantly identified with none, been rather of a retiring description and emphasising the role of spectator better than anything else.

He is head of a musical family, which has achieved a good deal of distinction in Denaby Main and the district. 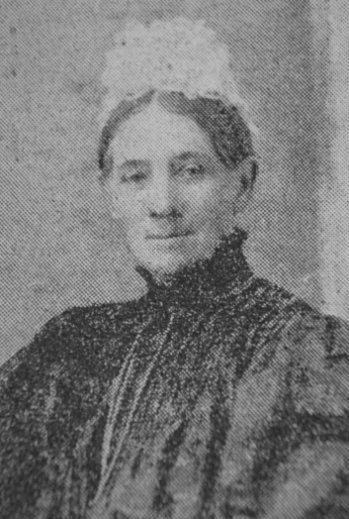 Mr and Mrs Soar have had 10 children, all of whom are living, and the names are: Mr Joseph Soar, Mr William Soar, landlord of the Commercial Hotel Mexborough, Mr John Soar, manager of the Denaby Industrial Co-operative stores; Mr Moses Soar, the well-known music conductor of the Denaby Ambulance Band and the Denaby Orchestral Society; and Mr Tom Soar, was has also won distinction as an oboe player.

The daughters are Miss L Soar, Mrs Little of Chingford; Mrs Holdsworth of Bristol; and Mrs Mawson of Mexborough, better known as Miss May Soar. Mrs Little is a soprano of very considerable power and purity, and it is believed that a very good concert career is open to her. She has had the advantage of training by the best masters. Mrs Mawson also has been heard repeatedly to great advantage as a soprano. All the children of the marriage with the exception Mrs Holdsworth, were present at the celebration on Saturday, along with Mrs Joseph Soar, Mrs John Soar, Mrs Moses Soar, Mr Little of Chingford and Mr Mawson (Mexborough). There are 12 grandchildren in the family.

Saturday’s festivities commence with a dainty tea spread in the Large Hall for about 40 guests, all of whom did full justice to the repast. It was at my catered for by Mr Mrs George Squires, of Mexborough, who supply the bridecake, a distinguishing feature of the tea. The icing for the bridecake and its general ornamentation was prepared by a friend of the family, Miss Cawton.

Among the guests were Mr W.H.Chambers, the vicar Reverend F.S.hope, the Reverend J Kavanagh, R.C.and many others.

During an interval in the programme Mr Silas Schofield, on behalf of 30 deputies and some other workmen of the Denaby Main mine, presented to Mr and Mrs Soar, a silver breakfast service; Mr Soar a walking stick, and to Mrs Soar an Umbrella. He did so with a few appropriate expressions of pleasure and congratulations:

HN-e didn’t not think there were many in Denaby who had known Mr soar longer than he had. They all felt the great deference they must pay to 2 people who live together in perfect happiness, through 50 years of married life. Only real regulated lives could attain that distinction. The two had been as one, and had, through all difficulties, kept in mind solidly inclined towards right doing. Mr Stoll with half a century of married life on his back, was a good deal more nimble than many a man of half his years. They all hoped that Mr and Mrs Saw would live long to enjoy health and strength, and the company of each other, and to continue a couple of always rightly conducted life. (Applause).

Cheers were given for Mr and Mrs Soar and the family; and in this department the Denaby cricketers, or just come in from the match were very much to the fore.

Mr and Mrs Soar each respondent. Mr Soar remarking that he was well satisfied with his friends and was not desirous of their gifts.

Other detail in article.