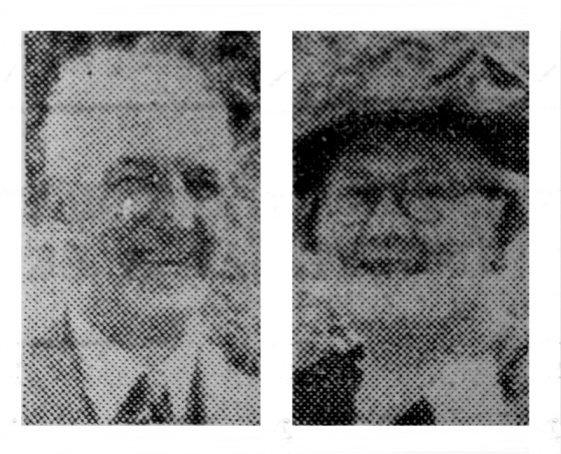 Mrs. Inman was married from Rose Cottage, 1, Chapel Walk, a house on the Earl Fitzwilliam Estate in Upper Haugh.

Mr. Inman, born in Bolton and who lived for time in Tickhill Street, Denaby, and at Morley near Leeds, was lodging in Conisbrough at the time of the marriage.

The ceremony was conducted by Canon F. G. Scovhell, the Rector of Rawmarsh.

The couple’s son Eric, and daughter Mrs Joyce Whitworth, along with nine grandchildren and four great-grandchildren will visit the March Street home of Mr. and Mrs. Inman who have lived there for 30 years — for a family party on Saturday.

Mr. Inman (72) met his wife while working at Denaby Powder Works during the First World War. He later became a banksman at Cadeby Main Colliery, and retired from his job as a surface worker in 191 after 51 years.

A well known local figure he was formerly a Corporal in the Conisbrough Division of the St. John Ambulance Brigade, for 25 years. Mr. Inman’ s favourite past-time is walking.

His wife also 72, is a former Nursing Auxiliary of Denaby Fullerton Hospital.