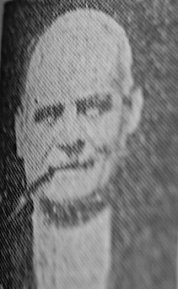 Mr Joseph Bucknell, 22 Tickhill Square, Denaby Main, who began work in the underground workings of the Barnsley seam at Denaby Colliery at the age of 12 years, is now 66 and still on the job. He began tramming at the coalface for 9d per day and 35 years ago he was appointed deputy has remained in that capacity ever since.

He spent all this time in the Barnsley seam, and has also lived in as president resident since he was appointed an official. It is over 53 years since he went underground, and during that time (so he told our correspondent) he has not been off work six days for illness, and only “buzzed” once, and he goes to the pit every morning at about 4-30.

In the past he has been a worker in the ambulance corps, which he joined when he became an official, and he has obtained this certificate, voucher, medallion, and 32 labels. He retired from the Brigade last year. He is the proud possessor of the long service medal of the Order of St John of Jerusalem, and also of a medal presented to him by King George V at Buckingham Palace, in connection with his work at the Cadeby Colliery explosion in July 1912.

Mr Bucknell was for many years interest in the Mexborough Methodist Free Church Concertina Band (he resided in Mexborough for several years before coming to Denaby Main), and at one time during a coal stoppage, he and a few more members turned their musical abilities to good use by visiting several prominent seaside resorts and towns and collecting money to assist their comrades.

He was one of a party of deputies selected to attend the Wembley Exhibition and to assist at a model of a colliery that was on exhibition.

For 21 years he was a member of the Denaby Colliery rescue team and was captain of the team at the time of the Cadeby explosion.