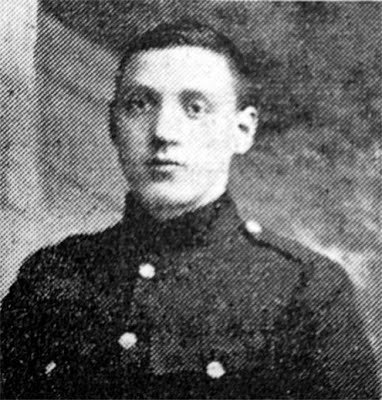 The details of the injuries sustained by a Denaby soldier, Private Noah Goulding (11028), K.O.Y.L.I.., whose home is at 11 Thornhill Street, Denaby Main, are of a sensational character. Writing home to his mother from a hospital in Glasgow. He says:

“It was not a bullet wound I got. We made a charge at Messines, I bayoneted a German, and as I stuck it in in he hit me in the groin with the butt end of his rifle and doubled me up. I am getting better quickly. We are treated like lords in this hospital.”

He has written since from a hospital in Hull stating that he hopes to pay a visit to Denaby in a few days. Noah Goulding is only 18 years of age. He enlisted last January.