Herbert Mennell Rutter was the fourth child of Henry and Emily Ann Rutter and was born on the 22nd March 1891 at Goose Green Farm, High Bishopside, Pateley Bridge, North Yorkshire.  He was baptised at St. Cuthbert’s Parish Church on the 26th April 1891 and attended the church regularly when he was young, as demonstrated by the number of Sunday School Prize books he received, and sang in the church choir.

Along with his sisters, Ellen and Nora, Herbert was enrolled at Bewerley Bridgehousegate School, which was on King Street in Pateley, and in 1899 Class G had their photograph taken in the school yard.  Initials on the back of the photo are HM so presumably Herbert is among the pupils.

The admission Register states that he attended the school until the 31st March 1905 and that he was the son of Henry Rutter, Milkman, of Wath Road.

It has been said that one of his school friends was a son of the Yorke family of Bewerley Hall, major landowners in Nidderdale, and that the knife, pictured, was a gift from him.  Herbert’s strict upbringing was tempered by much fun and laughter as all the children had a great sense of humour inherited from their parents. 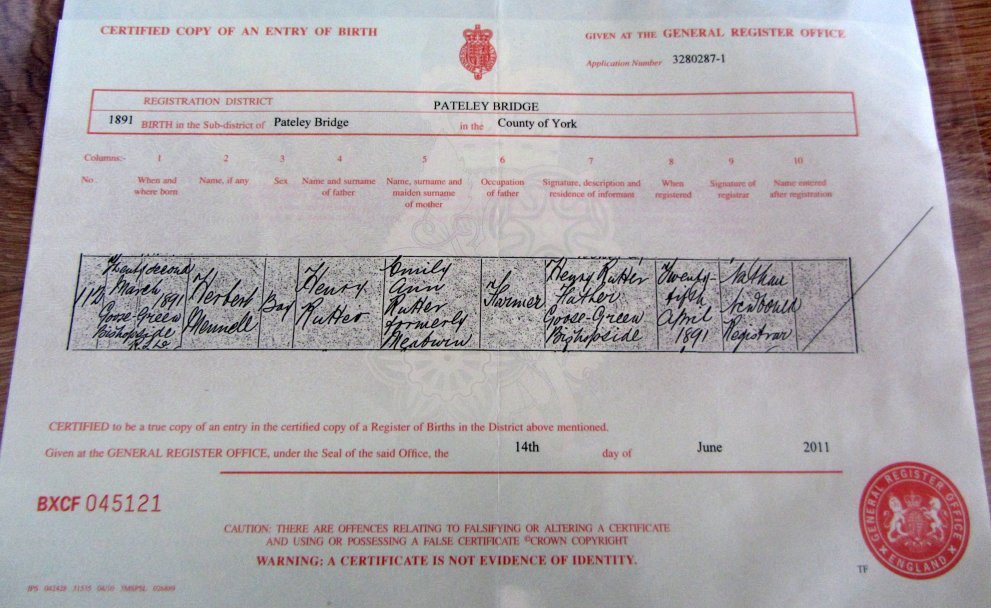