Top photograph dated 1899, bottom photograph undated. Herbert and his siblings attended this school; it is uncertain which of the children are in the group(s).  Is Herbert on the back row, 2nd from the right? 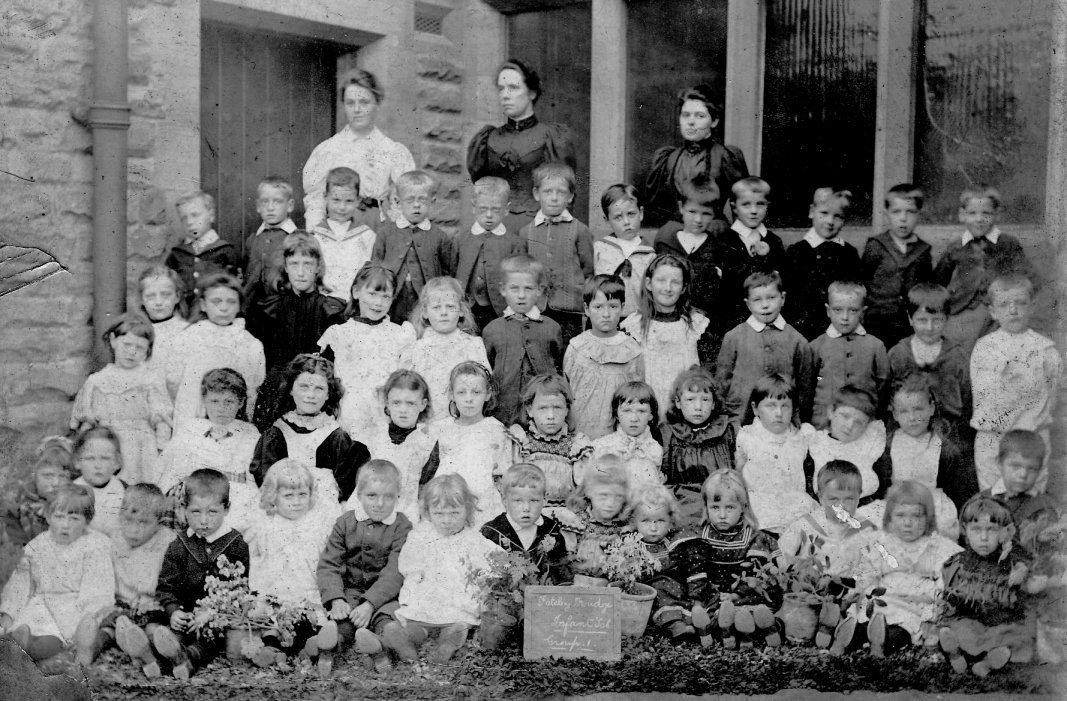 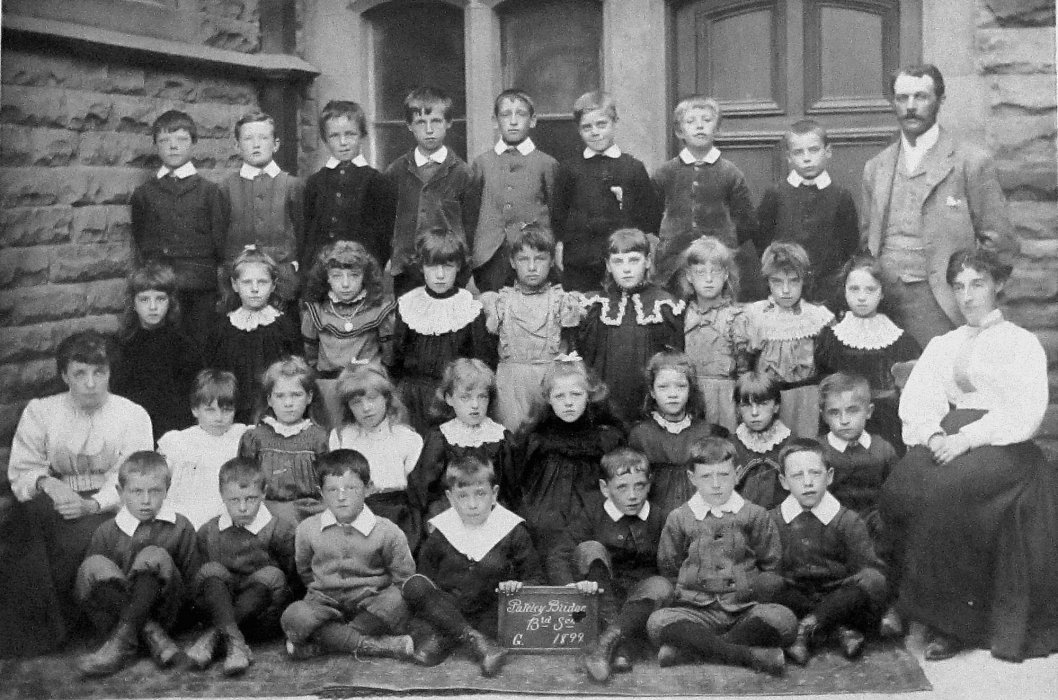 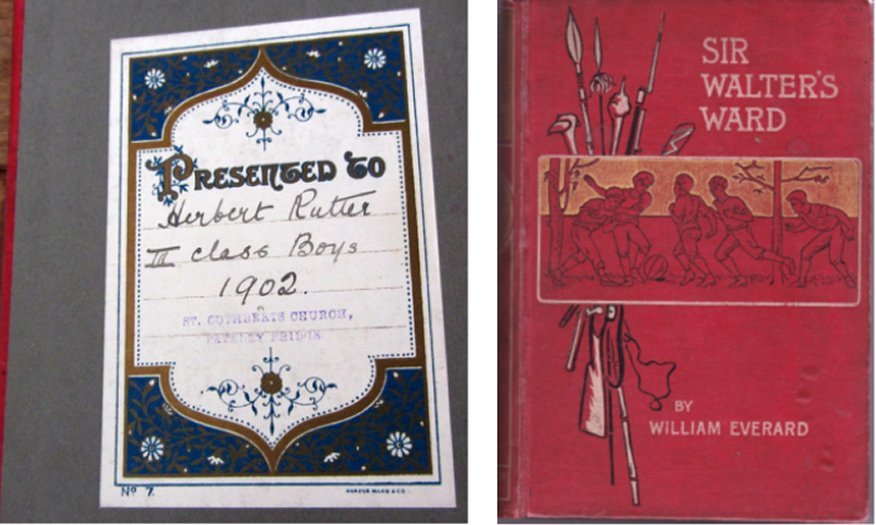 A Toy and a Knife

The knife was given to Herbert by a school friend who was a member of the the Yorke family that lived at Bewerley Hall, just outside Pateley Bridge.

The toy aeroplane was sent to Herbert from his cousin Helen Meaburn. 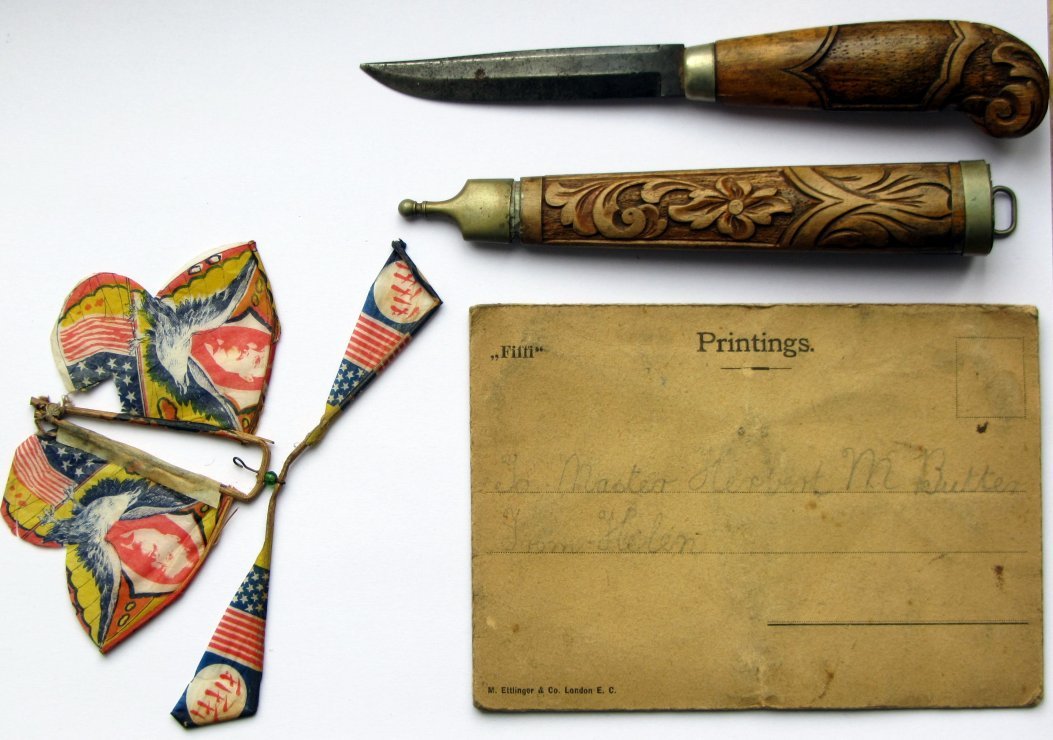