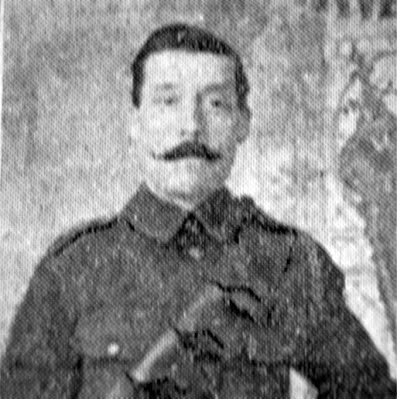 Considerable concern is being felt in Conisbrough as to the fate of private Charles Griffiths of 31 Burcroft Hill, who as a reservist in the Royal horse guards, was called up at the outbreak of hostilities, and was amongst the first Conisbrough men to be sent into the firing line.

On Friday last, his wife received the sad intimation from a medical source of his death, but enquiries at the War office failed to confirm this report.
However, Mr Griffiths received a letter from the nurse who attended Griffiths, and she states that he had been shot through the head and killed.

He received his wound at Champy, after going through a very severe spell of fighting. A week before the report of his death was received, Griffiths was in Conisbrough, taking a breather from the trenches, and with him he brought several sinister mementos of the great campaign, including a German helmet and a German gauntlet.

It may be interesting to recall that Griffiths himself saw service in South Africa, and his wife’s father took part in the Crimean War. His uncle is, by the way, Mayor of Walsall.