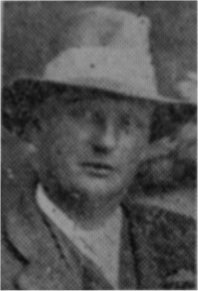 The King has conferred membership of the Order of the British Empire upon Mr Joseph Haigh, 34, West Street, Conisbrough, who until recently was employed at the Powder Works, Denaby, where he gained distinction for meritorious conduct whilst following his employment.

Mr Hague has received numerous congratulations from his many friends. He has resided in Conisbrough for a long period, and is well known in the district. He is a member of the Conisbrough subscription brass band, and was formerly in business as a milk dealer

The communication reads as follows:

I am directed by the Home Office secretary to inform you that H.M. the King has been graciously pleased to confer the medal of the order of the British Empire upon you for services in connection with the war. You will, in due course received a further communication from the Lord Lieutenant of the County with regard to the arrangements for the presentation of the medal to you.

I am, Sir, your obedient servant