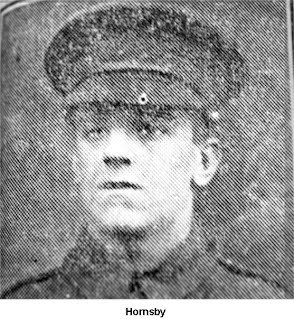 Private H Hornsby, 1st/fifth K.O.Y.L.I., 80 Earnshaw Lane, Conisbrough, went to the front in June, was killed in action in France on 12 September. He was single, aged 24 and enlisted during the war.

I very much regret to inform you, through the medium of this letter, the time the bearer of bad news with regard to your son, private Earnshaw. He was killed last night by shell, death being instantaneous.

He has only been with us a few days, but during that time he made himself very well liked by the other men in his platoon. You have the sincere sympathy of all others in your loss.”