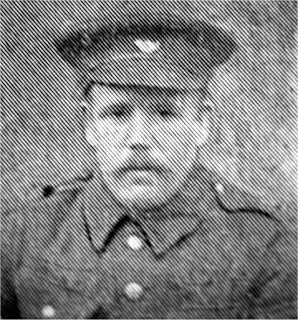 We regret to announce the death in action of private F. Howitt (fifth K.O.Y.L.I.) of Denaby Main, who was killed by a bursting shell on 14 July.

He was a married man, aged 33, and his wife and children live at 61, Clifton Street, Denaby Main. He joined the Army on 8 October, and had been in France 17 weeks when he met his death.

The circumstances are recounted by his company commander, Capt J.W.Walker, manager of the Frickley colliery in the following letter to the widow:

I am sorry to have to write this bad news to you. Your husband, Private F Howitt was killed by a bursting shell on 14 July. He suffered no pain, as his death was instantaneous. He will be a great loss to me and to my company, as he was a brave man and a good soldier. I was not with him at his death, as I had been badly shaken up by a shell which burst close to me, but failed to hit me, but Mr Clayton Smith went to him and found in quite dead, has yet been killed instantaneously.

I am sorry for you, as I know how much you will feel his loss you will have the pleasure of knowing that he died a soldier’s death.