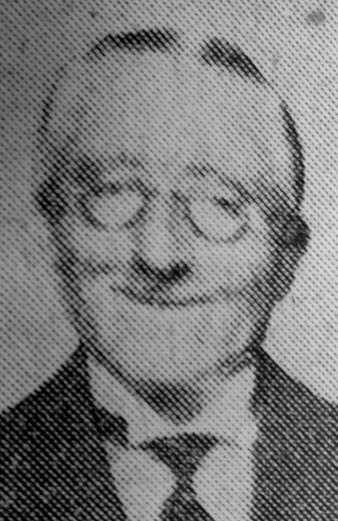 Over 37 years in the Civil Service as a postman was rewarded on Saturday, when Mr. Horace Darley Parkes (60), of 35, Lewes Road, Conanby. Coniaborough, was presented with the Imperial Service Medal at a social at the New Mason’s Arms, Mexborough, which was attended by nearly 60 of his colleagues and associates from Mexborough Post Office.

The medal, which is presented for 25 years’ service or over is of silver and hangs from a red and blue ribbon. Mr. Parkes believes that his is the only award in Conisboro’ for over 25 years’ service. The presentation was made by Mr. L. Anderson, acting Head Postmaster of Rotherham, in the absence of Major Millen, the Head Post Master. A hall stand with a barometer and brushes was presented on behalf of the Post Office staff by Mr. H. B. Sparkes, postmaster of Mexborough.

Mr. Anderson said that Mr. Parkes was one of the old type of postmen who believed in doing their duty at all costs. It was most difficult to replace such men as these, especially to-day. Mr. Sparkes paid tribute to the work of Mr. Parkes and said he had always found him conscientious and punctual.

Mr. Parkes said that the best time in his life had been spent at Mexborough Post Office. He had made many friends there and was reluctant to retire from service. The good health he had experienced was no doubt due to his open air life.

Mr. Parkes started work as an auxiliary postman at Denaby Post Office in 1903, but became a full time worker when transferred to Mexborough in 1930. The worst year for weather that he remembers experiencing was 1904, when his work took him across fields with snow drifts which buried him to the waist. The first time he realised he was an athlete was when he was carrying a big red mail box across some fields in Conisborough and was chased by a bull. He will be remembered in Chapel Lane, Conisborough, where he lived for 57 years, only removing when the house had to be demolished.

Mr. J. Lythgoe presided at the presentation and during the evening the toast of “Absent Friends” was proposed by Mr. H. Shaw. It was revealed that nine members of Mexborough Post Office staff are now serving with the Forces. The presentation and Speeches were followed by a social programme.