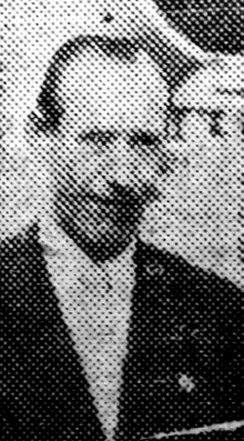 Home for a few days this week after docking from the 28,000 ton Orient   Liner “Orcades” was 25-years-old Noah Broadhead, only son of Mr. and Mrs. A. E. Broadhead, 8, Athelstane Road, Conisbrough.

A self-taught musician, Mr. Broadhead was formerly drummer with Felix Mendelssohn and his Hawaiian Serenaders and is at present with the resident band in the “Orcades,” travelling between England and Australia. After the present trip the liner is probably going on a Mediterranean cruise.

A former pupil of Mexborough Grammar School, Mr. Broadhead worked for a time at Doncaster Income Tax Office before going to try his luck in London, where he was engaged in 1945 by Felix Mendelssohn.

After leaving the Serenaders he played for a short time at the Empress Ballroom, Mexborough.