Jap Wrote Ex-POW
Why There Was No Reply from Conisbrough 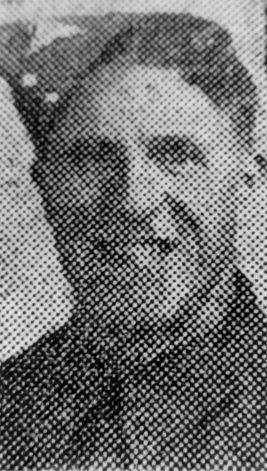 The major Japanese war criminals who will go to their death in the near future as a just penalty for the terrible atrocities inflicted on Allied soldiers will do so without the slightest regret from at least one ex-prisoner of war from this district who fell into the hands of the Japs during the war.

The managed former artillery man, Mr Thomas Alfred Bates (41) of 12, Ellershaw Lane, Conisbrough, for three and half years prisoner in Singapore, Siam and Japan. For months he slaved, on a diet of rice, on the construction of the infamous Thailand railway. Twenty four times he had malaria, five times trench feet, as well as beri beri, dysentery, ulcers and other diseases. So hungry were Mr Bates and his mates that on occasions they ate cats and dogs and once an ape.

The sentences on these chaps, announced at the weekend, and recalled to Mr Bates a letter the president of a works where he worked at the furnaces 80 miles from Tokyo has had the effrontery to write him since he returned home. The president, Tetsuji Kondoh, addressed his former slave-prisoner as “My dear sir,” and wrote:

“Two years have passed since I bid farewell at Aomi station. I beg to pay my highest esteem and courtesy for your hard work while you were at Aomi for a long time, and at the same time I am anxious to know about your welfare since then. We Japs are endeavouring to bring about a spiritual revolution in speeding the establishment of a democratic peace-loving and cultural nation. I hope you will have a good chance of visiting Japan to inspect her old customs and manners. Please give my best regards to your family. . . .”

Mr. Bates’ comment to a “South Yorkshire Times” reporter on Tuesday: “I cannot understand why he should write, unless he thinks we should be soft enough to write back so that he could show the reply over there. As far as the war criminals are concerned, I would hang them and pay my own fare to do it after what I have suffered and see my mates die.”

Mr. Bates said that he spent the last three months of his captivity at Aomi,”The treatment there was the worst of all,” he explained. “Once, when I was shovelling at the furnaces, I was so weak with hunger and the treatment that I fainted. The Japs threw a bucket of water over me to bring me round and then thrashed me so badly that I fainted again.”

He knew Tetsuji Kondoh only as the chief of the station and by having seen him walk through the works.

During the whole of his enough years as a prisoner he received only one Red Cross parcel not a single letter from home, although very many were sent. “For I work we were paid three sets a day. When I got back to England he said I could change my Japanese money. It amounted to 25 shillings. 25 shillings pay for three and half years work!

Mr Bates, now a labourer at British Railway Plant Works, Doncaster, joined 135 Field Artillery in July 1940 stop two years later he was taken prisoner in Singapore. He was placed in a camp at Changi with 45,000 other prisoners, and the first four months were “all right,” when the British refused to sign an undertaking that they would not attempt to escape, the Japanese placed 17,000 of them – Mr Bates among them – in a camp normally built to accommodate 5,000.

They had no motor, only a small drop to drink, and the five days the studies treatment. Disease broke out and men began to die in hundreds. The chaps threatened to bring men who were sick in hospital into the camp, and to prevent wholesale loss of life the prisons, under great duress, agreed to give the enemy the undertaking they demand.

Later Mr Bates moved to Siam for work on the Thailand railway.

“The journey took five days,” he said. “Thirty-one of us were at like cattle, and the door locked. You could just breathe. Each night we were allowed out for rice and water but were not allowed to wash. When we arrived we were given one day’s rest and then began work on the railway. At first the task was quite easy, but as things went on further up the jungle the work got worse. Clothing became scanty and the food got worse.

“Lots of the lads lost their arms and legs and fellows began to die at the rate of 20 or 30 a day. At first we were able to give them a coffin, but later all we had were two bamboo poles and an old rice.”

Mr. Bates stated that at times they were working from 7 a.m. until two and three the following morning. “The treatment became more brutal, and I cannot remember going two days without getting a beating,” he said.

Cholera broke out in the camp and men were dying “just like flies.” Mr. Bates’ own weight fell to six stones.

On the completion of the railway they were given two months’ rest, and after a nightmare journey, in which they spent some of the time in four feet of water in the hold of their ship, they arrived in Japan Mr. Bates worked for a time in a shipyard at Osaki, and one of his colleagues was Geoffrey Edrich, the Lancashire cricketer and brother of the celebrated “Bill” Edrich.

Mr. Bates said that he was determined to get through and he thought it was that spirit which brought him through. He kept diary in which he wrote songs and verses, footballers’ and jockey names, sporting details and the like to keep his mind occupied. His bondage ended on August 15th, 1944

Mr. Bates, who is married and has one daughter, is an enthusiastic committee, member of Conisbrough British Legion branch and a committee member of Denaby United Supporters Club.