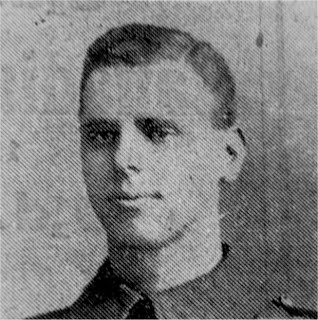 This is a photograph of Cpl Fred W.Jones (first/fifth York and Lancaster Regiment) whose death in action in Flanders on July 10 was reported in a recent issue of this paper.

According to a letter received from comrades, he was killed by shell which penetrated the parapet and also killed the platoon sergeant and another Corporal.

Corporal Jones was a son of Mr L Jones, of Chapeltown, Pudsey, Leeds and prior to enlistment was assistant master of the Balby Street Council School, Denaby Main.

He received his education at the Pudsey secondary school and the Leeds training College.