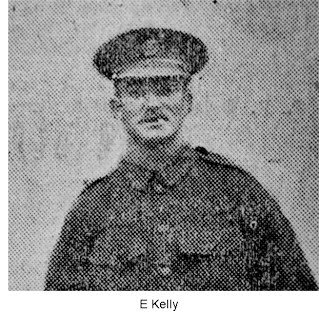 Mrs. E Kelly. Of 41, Doncaster Road, has received news from the War office that her husband, Pte. Elijah Kelly, 6th Batt. Y. and L., was wounded in action on 12 August in the Dardanelles, during landing operations, and has been removed to hospital in Alexandria.

Writing from hospital, Kelly says he is rapidly approaching a state of convalescence, and expresses the opinion that the Turks will be unable to stand the pressure much longer.