At the Denaby picture house, on Friday, before a crowded audience, under the presidency of Mr H.Hulley, manager of the Cadeby main colliery, two more presentations were made to local heroes from the front.

Mr W.A.Chambers, managing director of the Denaby and Cadeby collieries, attended to present the illuminated address as and gold watches. 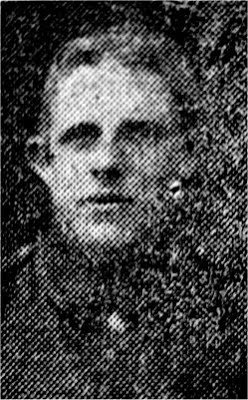 The second presentation was to Sgt James Keywood, of 71 Annerley Street, Denaby Main,  serving in the Duke of Wellington Regiment, and who received the D.C.M.for gallantry on August 29, 1917, in leading a platoon of 36 men to attack a German stronghold, which was holding up the advance of a battalion.

Mr Chambers, who was received with loud cheers, said they are all knew it was a great pleasure for him to be present on these interesting occasions.

They could not over estimate the good work which such heroes were doing in keeping the enemy from advancing to our shores.

It was certainly an honour to Denaby Main that so many of the lads were so gallantly conducting themselves, and it was the least they could do to recognise their merit in this pleasant way. He only hoped that the British bravery, along with the efforts of the other allies, would soon result in a satisfactory peace, and that the Germans would be taught a much needed lesson.

Their cause a terrible lot of suffering and bloodshed and destruction and misery, and it would be a long time before it would be forgotten. They all earnestly hoped their brave lads would soon be able to return to them and to their loved ones. (Cheers)

The soldiers modestly made their acknowledgements.

Mr W.L.Wickersley, 51 Annerley Street, Denaby main, the secretary of the presentation fund, in moving a vote of thanks to Mr Goodison for the use of the building, said he should be glad to hear of the name and address of any lad who had worked at those pits and were entitled to a presentation.

Mr Gregory seconded the vote of thanks, and said he hoped the men worked at Cadeby would be as generous as were the Denaby men in supporting the fund.