This is a photo taken at the front by a British officer, within a very short distance of the German trenches. The second figure from the right is Private Matthew Kilalee, 37, Bolton Street, Denaby Main, of the second Battalion of the K.O.Y.L.I.

Aglance at the photo will show how the sandbags or torn by rifle bullets, whilst the uneven ground seen in the distance is caused by the holes which shells make. The men’s apparel and general appearance is striking testimony of the intense cold which is prevailed out there during the winter.

Kilalee, after a few months of trench life and its attendant horrors, got severely frostbitten in both feet, and consequently had to be taken into the base hospital at Le Treport, from where he was brought into England, and spent the remainder of his convalescence at the Radcliffe infirmary, Oxford. He is now well on the road to recovery, and we hope he will soon be ready to do service again for his King and country. 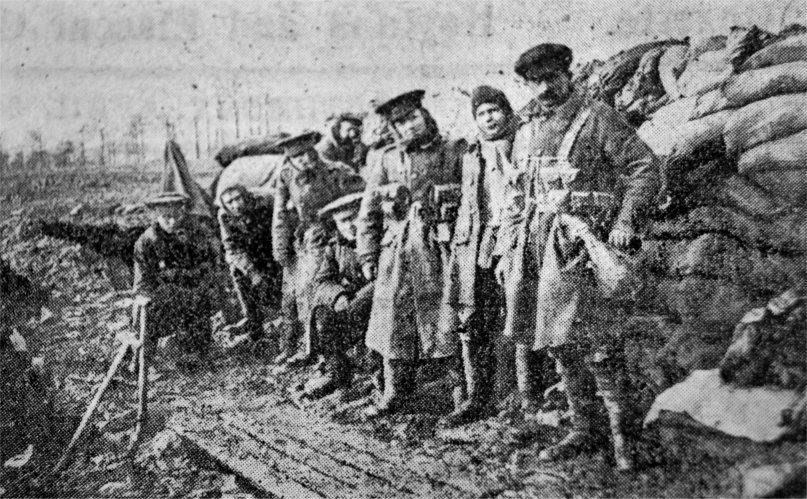