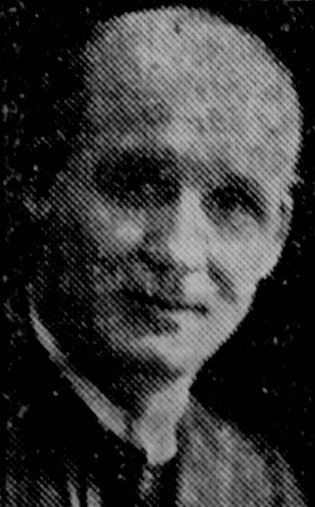 Arthur Roberts was born at Leeswood, Flint, on 4th April, 1882, started work at the age of ten in a book-binder’s shop in Wrexham, and moved to Mexboro’ in January, 1912, to work at the L.N.E.R. Loco sheds.

In 1915 be moved to Denaby and since then has been in the employ of the Denaby & Cadeby Collieries. He was elected president of his branch of the Y.M.A. in 1916, and secretary in 1917, and still holds the latter position.

His civic activities began in 1916 with his being co-opted to the Mexboro’ U.D.C. to fill the vacancy caused by the death of Samuel Sharratt. He became a Guardian in 1921 and held uninterrupted representation of Conisboro’ district on the Doncaster Board till its dissolution. He received the highest poll ever recorded in the Union on one occasion.

He was elected to the County Council in 1922, the first Labour representative from the district; and remains a member. He is chairman of the West Riding Tuberculosis Committee (since 1924), vice chairman of the Public Health Committee and chairman of the Croatia” Hall Sanatorium Committee since its inception in the year 1925.

He failed at his first attempt, in 1923 to gain a seat on the Conisboro’ U.D.C., when Mr. W. W. Norwood beat him in East Ward; but he won West Ward in the following year and has held his seat since without a contest.

His many interests include the old miners’ pensions scheme at the local collieries, the Coal Carting Committee, and the Welfare schemes