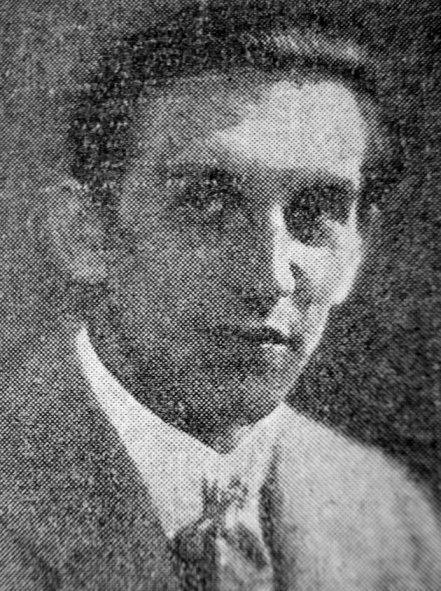 Mr. Maxwell Wray, younger son of Mr. and Mrs. H. H. Wray, ‘Strathmore,’ Conisborough, appears to be making a name for himself in the film world.

He was educated at King Edward VII. School, Sheffield, and was for some time Director of the Sheffield Repertory Theatre. From there he went to a similar position in Birmingham, and his next move was to London. He soon became a producer and has also been connected with open-air performances in Regents Park. He has to his credit the production of several big hits in London.

This is what the film critic of a Sunday newspaper wrote about him last week-end: ‘There is a man at Denham whom half the men of England would envy. His job is to supervise the dialogue of Marlene Dietrich’s ‘Knight Without Armour,’ at the Korda Studios. This involves spending twelve hours a day with a lady who seems to spend the rest of her time at theatre first nights.

The man, Maxwell Wray, bears his honours with humility. By far the most interesting thing about him is that he produced the loveliest play now in London. The Two Bouquets, at the Ambassadors. Before that (his association with Sydney Carroll goes back for some years), he produced such shows as ‘The Streets of London.’

This is Wray’s first job in a film studio. He was signed up nearly a year ago, and was therefore just about due to start working. Unlike most theatre men suddenly flung into a film studio, he is not still blinking. He even likes films, which is amazing for anyone who has come over from the Pharisees,. He maintains quite brightly that one of the best ways of learning movie technique is to produce plays and keep a running note of the things you simply can’t do on a stage but could so on a screen.’

Conisborough will congratulate Mr. Maxwell Wray on his success and will await with added interest the screening of ‘Knight Without Armour’ in this district.

Involved in 61 Productions in total

Ivanhoe Film – To be shown near Ivanhoe Castle