Denaby United dropped another point cheaply and unexpectedly on Saturday, and sent York City away feeling grateful and comforted. There was a slight improvement all round in the tone and spirit of the Denaby teams play, even though they were without the services of Gaffney, Shaw, Hill and Chambers. Shaw was worse missed. It was up forward that Denaby wanted it. They were all right behind.

The rearrangement of the forward line did not help either. Spencer was brought in outside right and Hamilton went inside left, but the arrangement would not work at all. In the second half he and Picknett changed over, and still the attack refused to function. There is only one place for Hamilton, and whenever he has left it things have gone ill with Denaby. Spencer was weak, and on the other wing Cooper and nothing like the requisite speed and dash. Godfrey worked tremendously hard, and gave the ponderous Smith a gruelling afternoon, but steadiness prevailed over impetuosity, and the solid York centre half triumphed in the end. With Chambers and, Tim Peters, the beneficiary a of the match, came in at right half Matt Taylor appeared in his original position at left half, Illingworth returning to centre half. Winfield, reappeared at left back. He and cool played a fairly Saudi, once or twice the nippy York forwards stole a march on them, and it was from coup of that sort the York goal came.

Here and there we had purple patches of the real Denaby, for minutes at a time the York defenders were to be to be, but it all came to nothing, and in the end, after much cry there was so little wool that Denaby were beholden to one of their old club mates, Percy Reed, who played right half for York, for the goal that enable them to draw.

Marksmanship was Denaby’s most notable weakness. The game produced only one really good shot, a camouflage freekick taken by Dick Coope. It was driven hard and low and with deadly aim, but Hendry was not deceived by Killingworth, who acted stalking horse, and was ready for the shop, which charges really straightforward as he thrust it out.

That was in the second half, and about the same time. Spencer Gloria centre from the touchline, which had Hendry beaten all the way, but it struck the crossbar and Wood, the right back promptly booted it clear. We saw some pretty full work from Godfrey, but no shooting. Picknett I rather hard look with good head work closely, and Hamilton forced a corner with a hot drive at close quarters

Early in the first half Hamilton got in a drive that beat Hendry and hit the crossbar, but he was sadly a fault in the first few minutes of the game when Godfrey sent him clear away, and he stumbled awkwardly as he prepared to shoot.

Denaby had 75% of the game, and in the first-half, attacking against the sun their superiority was even more pronounced. But it was all sparring and no knockout.

The goals came early in the second half. York had just survived a hot preliminary attack in which Godfrey left a warm shot in endless hand, when Marshall, a robust young centre forward with plenty of bustle and enterprise, picked up a loose ball and dash by Coope and Winfield before either realised the danger. Bromwich made a gallant effort to save a shot, but he was fired in at 5 yards and was altogether too hot to hold.

The equaliser came 10 min later during a heavy assault delivered by the Denaby right. Percy Reed closely attended by Godfrey, tried to head away for a corner, and instead headed into the net. Soon after came the free kick from which Coope got in the best shot of the match, and when that failed, Dennis hopes of victory began definitely to dwindle. 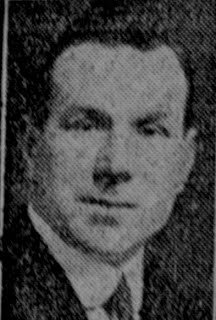 The match was set apart for the benefit of Tim Peters, for 17 years the utility man of the Denaby team. He has been available in all emergencies, and has fitted himself into nearly every position in the field, cheerfully retiring to the reserve trenches when not wanted for the frontline. Men of that type are a blessing in a club, and Tim Peters has been not only a most serviceable and culpable reserve, but a good influence on Denaby football. The complement paid him by allotting him a match for his benefit was well deserved. He had beautiful weather for it, and all the crowd was not largely was larger than usual, and the “gate” receipts will probably be considerably augmented from the sale of tickets .

In the Denaby dressing room before the match, Mr Harry Hulley, on behaf of the players and officials of the club presented a wedding gift to Matt Taylorof ahandsome mahogany drawing-room clock. Mr Foley said he was glad to see that the Denaby team were a “marrying sort” and that the club was a kind of nursery for bridegrooms. This was the third occasion within a very short time that he had this pleasurable duty to before. He hoped Matt Taylor would be as happy in the state of matrimony as he had been in the sphere of football