Mexborough Nonagenarian is Native of Darfield 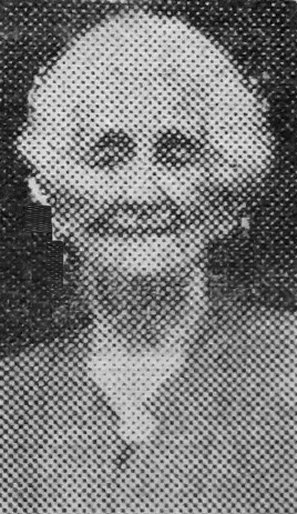 The United Methodist Church Room, Mexborough, was on Saturday the scene of probably the biggest re-union party held in the town for many years. The occasion was the 90th birthday party of Mrs. Martha Severns, of 24, Cross Gate, Mexborough

Nearly 70 relatives came from Bristol, Doncaster, Huddersfield and Redditch to wish the grand old lady “Many Happy Returns.” Mrs. Severns, who has eight children, 30 grandchildren and 33 great- grandchildren, has lived in Mexboro’ for the last 70 years.

Mrs . Severns was accorded musical honours and replied in a firm, clear voice thanking everyone present for their good wishes and acceptable presents. One of the most cherished possessions which was handed to her on Saturday is an inscribed autograph album containing the signatures of all her descendants.

Mrs. Severns lives alone, does her own housework and is still a very active old lady. Born at Darfield, Mrs. Severns came to Mexborough when she was married in 1879. Her husband, Mr. James Severns, who died 25 years ago, was an official of the Barnsley Branch of the Miners’ Union and worked at Denaby Colliery for several years.

Mr. and Mrs. Joseph Hill, Mrs. Severns’ parents, were licensees of the Rising Sun Inn at Darfield for many years. There will probably be no “South Yorkshire Times ” reader who remembers it, but Mrs. Severns’ grandparents were the owners of the quarries up Adwick Road and built the first houses up there over 100 years ago. These have since been demolished.

All Mrs. Severns’ relatives are of the opinion that she will live to be a hundred.