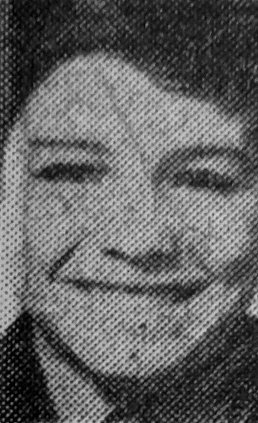 People were so impressed by poems written by 12-years-old Michael Whitehead, a pupil at Conisbrough Northcliffe School. that he decided to write to Granada Television about them. The response to a new programme called “Anything you Can Do” has been so great that Michael cannot be auditioned this time, but this has not deterred him and he is now going to write to “Junior Show-time.”  Meanwhile he will continue to write his poetry.

Michael, of Ellershaw Lane, Conisbrough, only started writing poems when he started at Northcliffe School, and teachers at the school thought his poems were quite good. “One ls being included in a concert and another one has been set to music at school,” said Michael. Michael is the only son of Mr. and Mrs. L. Whitehead. Mr. Whitehead said he had been quite surprised when he had read the poems.

Michael has written poems on various subjects, but one of the most impressive is one entitled “War,” which says: