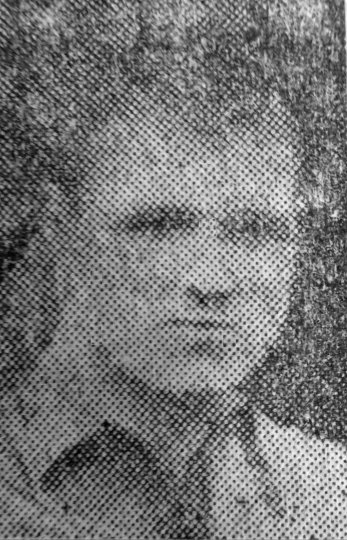 William Bennett, better known as Micky,” a noted footballer of thirty years ago, died on Saturday morning at his home High street. He was 57 years of age, and had been seriously ill for several weeks.

He served in France with the A.S.C. during the late war, and was invalided out with rheumatism after 144 days’ service abroad. He enlisted, voluntarily of course, in 1915, at the age of 53. His two sons also served in France.

“Micky’ Bennett was the eldest of three brothers who distinguished the  in the great winter pastime. He played first-class football for about four seasons with Sheffield Wednesday, and was at the height of his skill and fame between 1882 and 1892. He was a forward, an inside forward, a prolific goalscorer and the idol of the crowd. He was immensely popular at Owlerton. He played in one Cup Final, at Kennington Oval, where Blackburn Rovers beat Sheffield Wednesday, 6—0.

Heading was his speciality. It is said that, in his best seasons, he headed more goals than any contemporary. In this respect he excelled even, his brilliant brother Walter, “Cocky,” who subsequently played for a number of seasons with Sheffield United, and in 1901 was twice capped, against Wales and Scotland. Harry (“Tip”) was also a great man with his head, and one of the finest half-backs Barnsley ever had (he captained the Barnsley team for several seasons), but neither of them mastered the art as “Micky” did. He could head as true and as strong as many a man could shoot.

“Micky” was a typical Bennett; subject to moods, fiery and quick of temper, but very generous in disposition; quick to resent and quick to forgive. He was a born footballer and revelled in the game, but he fell almost completely out of it when he left Sheffield Wednesday. He was also a very serviceable cricketer, an exceptionally sound batsman, and, of course, a fine fieldsman, as all the Bennetts were. He played for many seasons with the Mexborough club.

The three brothers who were most distinguished fin football are now dead. _Harry was the first to go. He died of pneumonia fourteen years ago. Walter was killed in the Denaby Main mine, four years later, and now “Micky” has joined them. He leaves a widow, two sons, and three daughters. He was a moulder by trade, but spent most of his working life at the glass works. He once went to Ireland to work, but did not stay there long, and, as the story goes, greatly amused his friends by bringing back a Scotch accent!

The funeral took place at the Mexborough Cemetery on Wednesday.

“Mickey” was buried with full, military honours. The coffin which was of plain oak bore the inscription “William Bennett, died September 13, 1919, aged 56 years,” and was great with the Union Jack (lent by the comrades of the great War).

The coffin was borne to the cemetery by the Mexborough Fire Engine acting as gun carriage with the bearers mounted on the side with rifles reversed. The cottage was any by the Military Band which played Chopin’s “funeral March.”

The Bennetts – A Football Family.