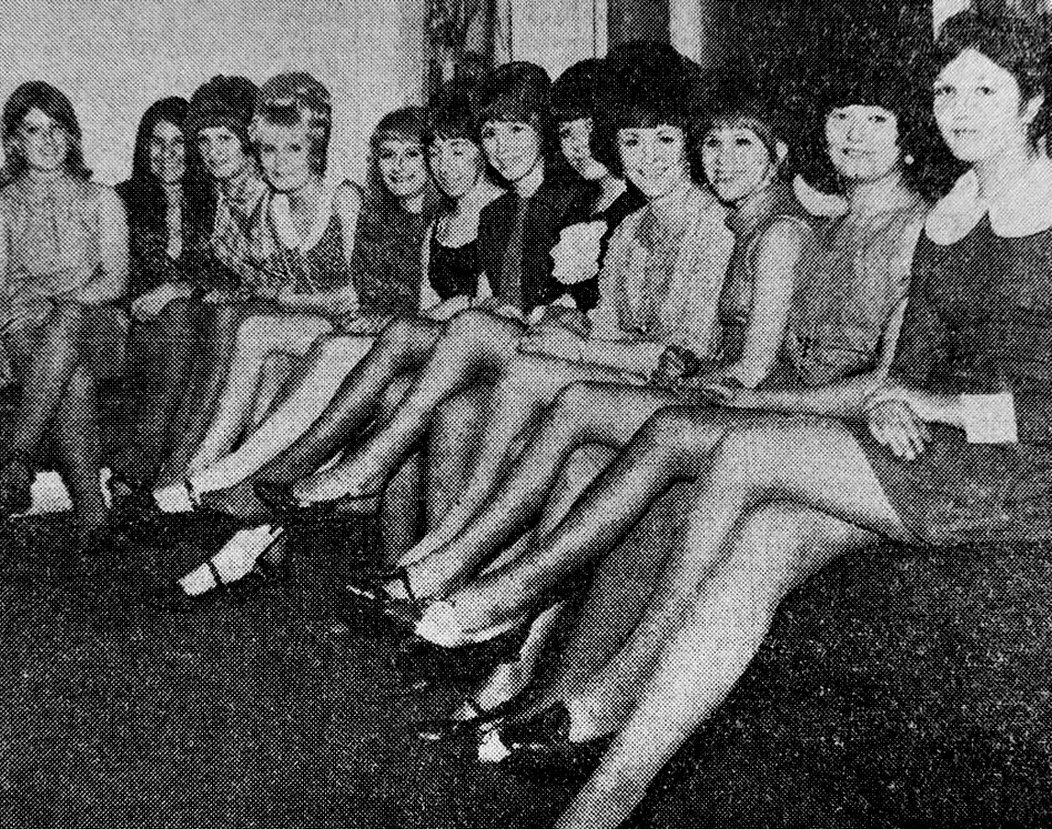 A Mini – Skirt competition which has been running for six weeks at the Mona W.M.C., Consibrough. culminated on Monday in a grand final for 17 heat winners.

The competition which has attracted almost 100 entrants since it began, was designed by the Club Committee in appreciation for the young members of the Club who have made the weekly Beat Nights so successful over the past seven months.

The final was judged on Monday by Mrs. Angela Huxstep, reigning Doncaster Gazette Queen of the Clubs, Miss Gillian Davis, the Doncaster Lions’ Club Gala Queen and Mrs. N. Taylor, a former schoolteacher who owns a grocery business in Conisbrough.

The girls were judged on quality of mini-skirt, figure and personality. The winner was 19-years-old Miss Pauline Hughes, of William Street, Swinton. Runners-up were Miss Mona Poppleton, of Denaby and Miss Linda Kelly, of Conisbrough.

The M.C. for the evening, which also included entertainment by a Hull pop group, was Committee President, Mr. W. Baxter, who has organised the series of contests assisted by Concert Secretary, Mr H. Bailey.

The event was the Club’s first mini-skirt competition, but a Committee meeting on Sunday is expected to begin arrangements for further similar venture.