Missions of the Mormons 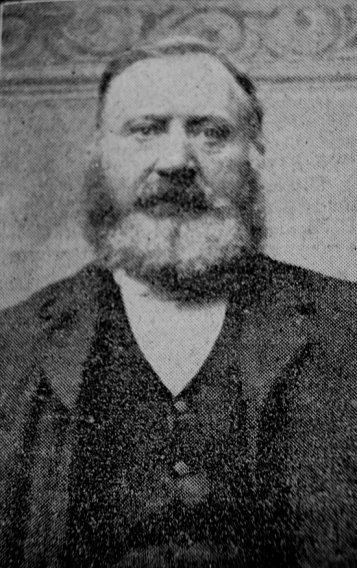 “I do not think,” writes our special correspondent, “I have dropped across anything so illuminating on the subject of the anti-Mormon agitation as a conversation that I had with two members of that persuasion at the Denaby Gatehouse, near the level crossing, the other afternoon. I called upon Mr and Mrs Charles Smith, who are prominent members of the sect, to obtain their views upon the general charges levelled against Mormonism.

Charles Smith is the son of George Smith, who lived in Mexborough for many years,  and who died at the very advanced age of 99, being buried according to Mormon rites, in the Mexborough cemetery in September 1907.

He joined the Latter-Day Saints when he was a young man, engaged upon the construction of the railway at Barnetby , and he brought all his children up in the principles and beliefs of Mormonism.

Charles was born at High Melton, 58 years ago, and has never known any other religion. He has had three brothers and three sisters. Two of his brothers went to Utah, and one died there, while the remaining brother is living in High Melton today, and subscribes to the principles of Mormonism, though not an active religious worker.

The Smiths are practically wholly a Mormon family, for Mr Charles Smith and his wife have nine nephews and nieces (most of them in Utah) who subscribe to that doctrine, and who are proud to do so.

Mrs Smith’s son, George, in a recent letter home – is a boilersmith in Milford, Utah, – announced his intention of returning to England shortly and writes: “I am going to tell some of these English liars something about Utah.”

Mrs. Smith was not bred in the religion, but was reared as a Primitive Methodist, in Belton, Lincs; but she was baptised in the Doncaster Baths nine years ago, and entered the Mormon Church. The late Mr. George Smith was one of the earliest English Mormons. For holding the beliefs that he did hold, he was actually pelted by his mates with sods and threatened with picks, so that be ran a daily risk of severe bodily harm: all of which signs and tokens of persecutions and ill will he bore unflinchingly and help firmly to his opinions. His children and his children’s children follow in the same way.

I asked Mr Charles Smith what he believed, and he said, “I believe in God Almighty, and in His Son, Jesus Christ; and that no man can enter the kingdom of heaven save through Christ. I also believe that Joseph Smith was a prophet ordained by God to reveal the everlasting gospel, which has been concealed from men. I do not,” he added in answer to a further question, “believe in polygamy, and I say it is not practised among the Mormons of the present day. It is perfectly true that the earlier Mormons believed in it, and practised it; so did the patriarchs of old; but we Mormons of the present day do not believe in it, and do not practice it. I can say honestly, from my heart, that I do not know a single Mormon (and I know a good many) who has been guilty of polygamy, and there are a thousand dollars for anyone who can prove that there are such Mormons. The Mormon Church does not approve of it.

“This talk about leading young girls away is all bosh. I’ve known scores of Mormons, and I’ve never known one would misbehave himself, or would lead young women away.

“We have a niece,” interposed Mrs Smith, with a truly feminine touch of humour, “who has been in Salt Lake City for three or four years, and has not picked up a young man yet; so it is hardly looks as if they are snapped up by the men as soon as they get there, as they say in the papers, does it?” I hastily agreed.

“We believe,” resumed Mr Smith, “in faith, repentance, and baptism, and in the reception of the Holy Ghost. We believe in the Bible, and in the Book of Mormon as a record of the people who lived in America in the earlier times. America is the home of our religion, just as Palestine is the home of the Jews.

“If people speak the truth about us,” rejoined Mr Smith, “they cannot say anything wrong about it. I’ve known the Mormons for nearly 40 years, and have always found them decent, God-fearing people. I will submit any persecution before I would give up my religion,” and with that sentiment her husband heartily coincided. “Talk about polygamy,” he chuckled, “one wife is enough for me.”

There are Mormon churches at Sheffield and Rotherham, and these Mr and Mrs Smith make a point of attending wherever they are able. But it is not generally known that the work of the Mormon Church has been carried on in a quite modest way in Mexborough for many years. A Mrs Beaumont, who is now in Utah, was for a long time the leading spirit, and a cottage at No. 2 Waddington Terrace, Mexborough (behind Bank Street) is now occupied by Mr Willie Smith (nephew of Mr Charles Smith) and his cousin Miss Ada and Miss Jenny Metcalfe, who throw the cottage open for Mormon meetings at the present time. These meetings are held at intervals of about a fortnight, and the first Sunday of the month is a festival day.

“I cannot understand this persecution,” continued Mr Smith, “for the Mormons are not bigoted against any other denominations, and are always pleased to lend them a helping hand. We are glad to hear the Truth from anyone.”

“I can honestly and truthfully say,” continued Mr Smith, with sublime simplicity of faith, “that the anti-Mormon assertions are abominable lies. But we don’t bother about them. If Mormonism were wrong in the sight of God it would have fallen some time since. It has been persecuted ever since it started. When I see or hear of anything wrong in the sect, I shall open my mouth, and if any man can bring one Mormon of his acquaintance who practices polygamy, I will give you £5 out of my own pocket, and be convinced we are all in the wrong. They call us, “he added with a wry laugh, “Latter Day Saints, polygamists, Mormons, and other things; but I don’t mind what they call me, providing they don’t call me late for my dinner; if they do they’ll be a row.”

Among other things Mr and Mrs Smith are believers in faith healing, and cited me a number of cases within their own personal experience, of direct answer to prayer.

Mr George Smith, the aged Mormon already referred to, in his younger days, lay at death’s door, as the result of a serious illness, and the doctor left the sick man’s wife with the cheering information that he would not last until morning, and with the injunction that no one must see him. Some Rotherham elders heard of his illness, and with difficulty got permission to see and pray with him. They asked the dying man if he had faith that Christ could restore him, and he said he had. Soon after, they left, same to the wife, “Cheer up, sister, your husband will lift to be an old man, a credit to you and your family.” And from that hour he began to mend, and lived to be a year short of the full century.

Then there was a case of Mrs Meake still living at 21 Edlington St, Denaby who was given up by three doctors, and who, presumably through the intercession of the elders whom she (although not a Mormon) called in, recovered.

“I believe,” said Mr Smith, “in signs and visions, though none have been revealed to me. I have heard a man speak at a meeting in this room with the inspiration of the Holy Ghost upon him. My father had a vision. Once he lay for three nights in succession as if he were in paradise, and was told by voices, not this of earth, that he had work to do in the world, and that his time had not come. My son (the one who had gone to America) once met was an apparition during the night. A man appeared to him, clothed in beautiful flame, so that he arose in bed affrighted, explaining, “There is indeed a power in this house; do not tell me that there is no hereafter.”

“We do not believe,” concluded Mr Smith, “in child baptism, but we believe in asking blessings upon the children, and we believe that the better we live the greater will he our eternal glory. If we wanted to go back biting, what could we not say about the Catholic and Protestant Churches? We want to give every man his due.

Mrs. Smith had the last word, as is the way of a woman. “You can say,” she said, at parting, “that if the world were Mormon there would be better doings in it. There would be more brotherly and sisterly love.”

Mr. Smith has been gatekeeper and signalman at the Denaby level crossings for 34 years, and he and his family have acquired the reputation of decent, good living Christians.