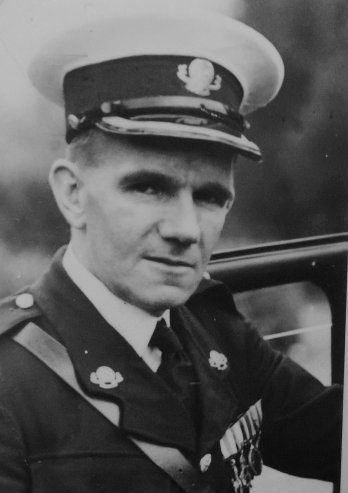 THE longest standing member of Denaby Main S.J.A.B. Corps, Corps Supt. Clifford John Pickett, M.B.E., M.C., is to retire in the near future after 45 years’ service to the Movement.

Mr. Pickett, a former Under-Manager at Denaby and Cadeby Collieries, joined the Conisbrough Division in 1919 when he returned from service in World War I. During his war service he was one of the last party of 14 to leave the beach at Gallipoli.

As a Sub-Lieutenant he was awarded the Military Cross in action at Cambrai, France.

After the war he studied mining at Barnsley Technical College and returned to Cadeby, where, after being a deputy and overman, he was appointed Under-Manager in 1926.

In 1932 he went to Denaby Main as Under-Manager in the Parkgate seam where he worked for 20 years, After a further two years in the Barnsley seam he became, in 1952, Director of deputies’ classes for the N.C.B. No. Area at Wath. He retired in 1959.

Mr. Pickett, now 75, continued his S.J.A.B. activities after his retirement. He was awarded the M.B.E. in the 1949 New Year’s Honours list. He was appointed Corps Officer in 1924 and served as corps Secretary for 24 years. In 1945 he succeeded Mr. Norman Ridley as Corps Superintendent. In 1939 he organised the Civil Defence First Aid Posts and was second in command of Mr Hulley’s Company of the Home Guard. From 1923 until 1938 he was a member of the miners’ rescue, team. His official retirement. He now awaits only the arrival of the sixth live year har to his 15 year service medal.

Mr. Pickett lives with his wife Elsie, at Holywell Cliff, Park Road, Conisbrough. They have one daughter and two grandchildren. A nephew whom they brought up, Mr. Leslie Dearling, gained the D.F.C. as a Spitfire pilot in World War II