A Long and Serviceable Life 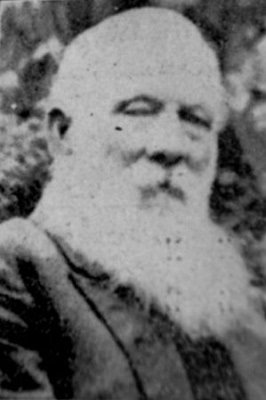 On Sunday morning, Mr. George Appleyard, of The Croft House, Conisborough, died in his eighty-sixth year. His illness had been of short duration, for only last Thursday he had entertained a small party at his home. Death was due to bronchitis, and took place peaceably in his sleep.

So passed away the oldest native of Conisborough, for it was eighty-five years ago last September when he was born at a farm in West Street, long since demolished, and in the same room where his father was born. The associations of his family with Conisborough can be traced back a very long way.

In Conisborough churchyard is the grave of his grandfather, who was on the “Victory” when Lord Nelson was killed at Trafalgar.

Mr. Appleyard commenced business about sixty years ago in Church Street, in a shop which was afterwards pulled down to make way for the existing shops in Church Street. He commenced as a cabinet maker, a trade in which he gained a great reputation, and he numbered amongst his customers most of the chief residents of the district. Then the business was extended to grocery, mainly through the initiative of his wife, who was a shrewd, enterprising woman. The business continued to grow and drapery and furniture removal were added.

In 1896 he had Croft House built, and it was then that he left his shops, and a few years later he retired from the business, which he handed over to his sons.

Mr. Appleyard was able to recall visions of green fields and a smiling valley where now stands Denaby. He remembered the time when the last house in Conisborough was “The Dale” (for so many years the residence of Mr. W. H. Chambers, the late managing director of the colliery), and the next westward was the Toll Bar at Mexborough He watched the sinking of the collieries, and their growth into the hives of industry they now are. He saw also the M.S. & L. Railway come to Conisborough

He was a great worker for the Wesleyan cause in Conisborough, and had a great deal to do with the erection of the chapel in 1875. From then to his death he occupied the same corner of the same pew. His interest in child life knew no bounds, for 66 years he was a member of the Wesleyan Church, for fifty years he was superintendent of the Sunday School, and prior to becoming superintendent was an active Sunday School worker.

His wife died three years ago last December, one year after the celebration of their diamond wedding anniversary.

Mr. AppleyardÂ´s public activities were confined to contesting one election. It was at a time when two members were needed for the Board of Guardians. He ran in conjunction with the late Mr. R. H. Sharp, and both got in easily, Mr. Appleyard topping the poll with about 150 votes more than his colleague, with the opponents well in the rear.

Regret at his passing will be general in Conisborough. His kindly personality will be much missed, and Conisborough will be a good deal the poorer for his demise.

He leaves four sons and three daughters, and three of the sons carry on the business which he founded.

The funeral took place at Conisborough on Wednesday, and the respect which Conisborough bore Appleyard was evidenced by the large concourse of residents who assembled at the cemetery.

Soldiers – Coe, George & Ackroyd, William – Joined but not together