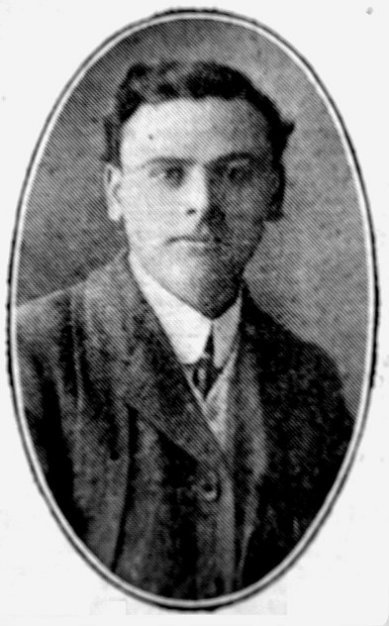 Conisboro’ people will he interested to hear of the impending emigration of Mr. Robert Taylor Wilson, the eldest son of Mr. William Wilson, of the Railway Sawmills. On Friday he sails on the “Empress of Ireland” with a company of forty others, all young , with high hopes and ambitions, and each with his face to the New World.

The immediate objective is Winnipeg (Manitoba), and after that—more later. Mr. Watson is leaving the Mother country bemuse he is convinced of the wonderful opportunities which the Dominion affords for the advancement of the young man with energy and ability. He will, no doubt, be reckoned by the Canadian Government a singularly desirable immigrant.

He ran turn his hand to many branches of industry; is thoroughly acquainted with the wood trade, one of Canada’s chief industries and has an excellent manual and mental training.

In fact so far as we can gather from enquiries in the village, he seems to be the kind of young man a young country would welcome.

His father, Mr. William Wilson, is one of the best known men in Conisborough, a good Methodist, a capable businessman, and at one time a Parish Councillor. Father and son together control and enterprising timber business, which is a capital reputation.

Mr R.T. Wilson is a lifelong member of the Wesleyan Chapel – indeed, the Wilsons are a Methodist family; and he has taken an active part in the work of the chapel from boyhood. His especial interest has been with the musical side of the services, naturally, because he is an accomplished amateur musician – a capable exponent on the violin and viola.

He has taken his place beside professional instrumentalists at Doncaster, Rotherham and Sheffield, and for many years has been a member of that clever band of musicians, the Denaby Orchestral Society. At the Wesleyan Chapel yes some among the masses in the choir and acted as choir secretary, while in late years he has succeeded Mr T Pagdin in the organisation of the Sunday School anniversary services, a work in which he has been greatly interested. His father, a trustee of the Chapel, is a class leader at the same place of worship. All this goes to show that Mr R.T. Wilson will be very much missed from his own circle when he sails Westward Ho!

He, however, is of the opinion that young men who are fit, mentally and physically, ought to emigrate, and he is putting the theory into practice. Primarily he is “going out to make a living.” A worn-out old country like ours does not offer much inducement to an ambitious young man, energetic, with trades at his fingers-end, to content himself and rust.

Once arrived at ‘Winnipeg his plans will be shaped by circumstance. He knows the timber trade root and branch, and can either work alongside the labourer or manage a fairly large concern. He is also a mechanic. He could even get a living as a professional musician, so that he has several strings to his bow.

The forty young men who will be his companions out West have the opportunity of entering the ministry of the Methodist Church, though the process of training is arduous, and it is unlikely that all of them will take up the religious calling. To become a minister in Canada it is necessary to work two years as a layman, and to study three years in college, going through a heavy literary course and at the same time maintaining oneself by employment of some description.

Although, as we have indicated, Mr: Wilson’s plans are necessarily vague, he seems quite content to work as a good Methodist layman, and fully believes he can do as much good in that way as by preparing for the ministry. He is eminently fitted by training and natural gifts for religious organisation. He can call the Divine aid of music to the work, and has experience of open-air speaking. But he has views and ideals of his own concerning spiritual work. It should not, he thinks, be a means of livelihood, but should be carried on by men who do it of their own free will, and not from any sense of necessity. As a lay worker he may be relied upon as a valuable asset to the great Methodist Church in Canada.

Conisboro’ generally will regret the loss of one of its most promising sons. But the emigration to Canada is not a new-born idea with Mr. Wilson; it is an old-standing ambition. It is Mr. Wilson’s Intention to settle in the Dominion, and Conisboro’ people will no doubt look forward to the letters we shall publish from his pen. His fortunes will be followed with interest.