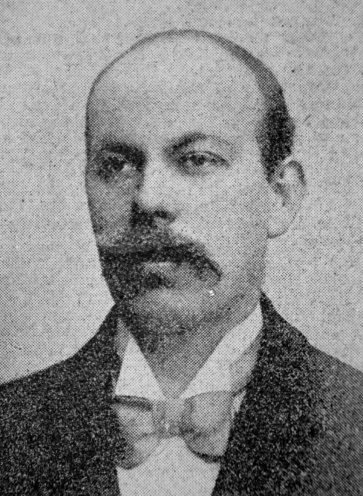 One of the classrooms of the Large Hall, Denaby Main was quite filled on Tuesday evening with a gathering of the workmen and officials of the Cadeby Main Colliery, the occasion been a presentation to Mr T.W. Mosby, who recently gave up the post of underground manager at Cadeby Main to accept a similar one at the newly opened Maltby Main.

Mr Mosby left with the goodwill of all the work people and the residents of Denaby Main and New Conisborough, and the committee organising the presentation managed to raise £30 from 1100 subscribers.

They utilised the funds subscribed by purchasing a gold English lever watch for Mr Mosby, a solid mahogany cabinet for Mr and Mrs Mosby, and a gold ring with a beautiful diamond cluster of roses for Mrs Mosby.

Mr H.S. Witty, the manager of Cadeby Main, was called upon by Mr Booth to make the presentation, and he did so in his own inimitable style. Mr Witty said he considered it a great privilege to have been asked to occupy that position, and yet probably he was entitled to the honour, for he had known Mr Mosby longer than anyone present, longer even than Mrs Mosby.

A first recollection of Mr Mosby was that he saw him coming from school in March 1878, shortly after he had been “breeched” (laughter). He came from Cadeby Main in 1893, about the time of the big strike, and in about October of the following year, he led Mrs Mosby into church. He (the speaker) had no doubt from that point, because he was present and saw it done; he held photographs in his possession as proof. (Laughter).

One of his recollection of Mr Mosby was that he installed in the Cadeby pit bottom the huge wooden baulks, which had now, with difficulty been replaced with steel ones. He had been connected with the Cadeby Mine right from the commencement of the working of coal there. He had been connected with all the difficulties and dangers, particularly in the form of “gob” fires. Mr Mosby knew how to deal with “gob” fires, how to extinguish them, and better still, how to prevent them.

He was an excellent all-round Pitman, and had been of great assistance to the management, who had every confidence in his powers. (Hear, hear).

He also paid a warm tribute to Mrs Mosby, who he referred to as a friend and a neighbour to himself and his wife. He congratulated Mr Mosby upon his transference to Maltby, a pit which was just beginning to show signs of life, which had every prospect of developing into a good commercial concern. The man at the head of affairs on the ground at Maltby had an opportunity of proving the rest of the world that the training he had had one of the little neighbouring pits down Conisborough way, had not been in vain. (Applause).

Mr Witty then made the presentation and, in response, Mr T.W. Mosby said they all knew the feelings of a man, who had come back for an hour among friends and men he had worked with for 18 years. He had known many difficulties during that time, but they had all been surmounted. No doubt, it was through Mr Witty’s good management that they had been, so successful. (Hear, hear).

He had to confess that since he left Denaby Main he felt like one in a strange land, or a fish out of water, and had been half inclined to wish himself back to Denaby, where there was every facility for a man to enjoy a few hours leisure, and they hope to develop Maltby on the same lines. He had spent many pleasurable times in Denaby, and had done his best to assist in making it what it was. He had helped in every public work in Denaby Main – Hospital, ambulance, Institute, rifle club, cricket, and the rest of it. (Hear, hear.)

He regretted the absence of Mrs Witty that evening, more especially as it was due to illness. Concluding, he said he would try to do at Maltby as he had tried to do at Cadeby – preserve the balance evenly between master and men. (Applause).

Mr J Springthorpe (secretary), in thanking the subscribers to the fund, mentioned that they ranged from the humble trapper boys up to the highest officials of the Colliery.

The Chairman said he did not think anyone had made any better efforts for any public movement or charitable cause, and when other people could not make a thing “go,” Mr Mosby managed to do so. He extended a welcome to the old Cadeby-ites who had come with Mr Mosby from Maltby.

On the proposition of Mr Witty, seconded by Mr Springthorpe, and supported by Mr B Perks (Maltby), the Chairman was heartily thanked.

Votes of thanks were also accorded Mr Witty, and the officials, Mr Springthorpe and Mr Astbury.