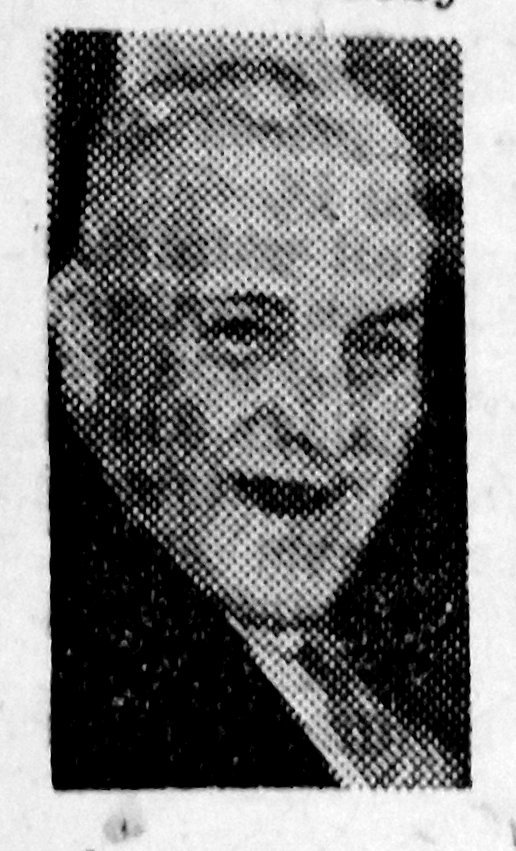 A well known South Yorkshire miners’ leader and a public worker in the Conisbrough and Denaby districts for many years, Mr. Tom Hill (75), died at his home, Welfare Bungalow, Denaby, on Saturday.

For many years he was President of Cadeby Main N.U.M. branch and when pits were nationalised Mr. Hill had the honour of hoisting a flag at Cadeby Main to signify that the colliery had been taken over from private to public ownership.

Born on February 28th, 1880 in Staffordshire, he was the eldest of six children. His father and grandfather had both worked in the coal pits, and at the age of 14 Tom, as he was affectionately known locally, went to the pit.

From his first working day, he had a fervent desire to see conditions improved and during his first 12 years as a miner he worked at 14 different collieries.

He was married when he was 21. As he grew older he realised that to ‘get on’ in the world, one had to have knowledge which could only be acquired at school. He attended all the workers’ educational classes he could and almost all his spare minutes were spent reading books.

He was 28 years of age when he came to Yorkshire to work at Cadeby Main Colliery in 1908, and his first home was at 28, Doncaster Road.

After two years of hard work for the Union, he was elected President at a time when about 12 per cent of the men at the pit were members of the Union. He was one of the youngest branch Presidents in the mining industry.

In 1911, he was dismissed from the pit, but later the same year he was re-instated and was elected to the office of checkweighman.

In 1912 the minimum wage strike gripped Cadeby pit and in the same year the greatest tragedy the pit has ever known – the great explosion in which 89 lives were lost – occurred.

Although he was not in the pit at the time, Tom Hill was soon on the scene to give help and comfort to the men as they were brought out of the pit and to the womenfolk who anxiously waited.

There is no doubt that this awful tragedy was a turning point in the pit’s history, and Tom Hill was to the fore in obtaining a better understanding between men and master.

He joined Conisbrough Parish Council in 1913, and during the first World War he joined up as a volunteer in October, 1915, and he saw active service in France, Belgium and was invalided out of the Army in 1917.

He returned to the pits in 1919, and it was at about this time that the Home Coal Scheme came into being, and its chairman up to the present day was Tom Hill.

One of the great schemes he had been striving for for years came into being with the opening in 1924 of Denaby and Cadeby Miners’ Welfare. He was elected to the first Board of Trustees and made its chairman in 1927. Although he had been defeated in 1925 when he saw the Presidents position in the Union branch, he was successful in 1926, the year when the Mutual Aid Scheme was started, and it was Tom Hill drew the rules for the venture.

At this period strenuous efforts were being made to get the Welfare out of debt and Tom Hill resigned all positions on the Union branch and devoted himself entirely to the work of “saving” the Welfare and the Coal Carting concern.

He resigned the position of check weighman on his 65th birthday – 10 years ago.
Then he was in a position to spend more time on his numerous other interests. Foremost were these activities for young people of the district, particularly those who earned their livelihoods at the Denaby and Cadeby collieries. One of his finest achievements came on the day that the Youth Centre, bearing his name, was opened in Denaby, alongside Denaby’s football ground.
He was a hard worker for the old folk of the village.

Tom Hill made his mark in South Yorkshire, and he soon earned the admiration of everyone who met a deep knowledge of local, national and international affairs, for his fearlessness in express himself both in the Council chamber and the Branch room of the union.