A Remarkable Record of Activity. 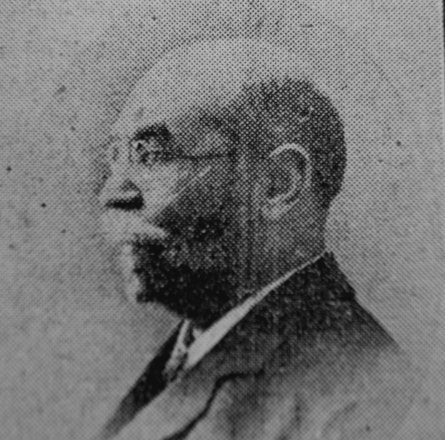 Mr. William Henry Chambers, director of the Denaby and Cadeby Collieries Limited, has resigned his membership of the Doncaster Hoard of Guardians and the Doncaster Rural District Council and on Saturday he received from the chairman and members of those authorities cordial of appreciation of the lengthy and signal public services he has performed in association with them.

Mr. Chambers is now advanced in years, and though still hale, hearty, active and alert, has decided, on medical advice, to relinquish practically all his multifarious public and social duties, and to enter upon some to the ease which he has undoubtedly earned by a long and strenuous and public-spirited career. He retains only his position at the collieries, whose operations he will continue to supervise and direct, though not so intimately as in the last forty years.

He will shortly be leasing the district, and will settle in his new home, Clayworth Hall, Retford, about Eastertide.

His retirement from the public life of the district may perhaps be taken as a convenient opportunity to review the career of a man who for over a generation has, been a force in the local government and the industrial life of an important part of this district.

Mr. Chambers was a son of Mr. Henry Chambers, for many years manager of the Tinsley Park Colliery. He was burn at Tinsley Park and studied mining at that colliery when quite a boy and later served as assistant manager of the Tibshelf and the Birchwood Collieries of Messrs. Charles Seeley and where he obtained his certificate.

He returned to Yorkshire in 1879 as manager the Woolley Colliery, Barnsley, and was appointed manager of the Denaby Main Colliery in 1882, succeeding the late Mr. John Warburton. He resided at the “Laurel’,” Conisboro’ and seven or eight Years later moved to his present residence, “The Dale.” following the late Captain Johnson there.

At that time the Denaby Main mine, which was sunk in 1864 was developing the Barnsley bed, and when Mr. Chambers came a big underground fire arising from “gob” trouble, was at its height, and had to be dealt with. Mr. Chambers spent many years struggling with this problem of “gob” fires, and is as a most eminent authority on the subject.

In 1887 Mr. Chambers had to deal with a very disastrous surface fire, which broke out on Christmas Eve, and destroyed a large part of the pithead. In addition to the ordinary arduous routine of a colliery manager, Mr. Chambers has had to battle with abnormal conditions on many occasions, and disputes, mishaps, and difficulties of all kinds have made uncommon demands on his judgment, patience, skill and energy. But his hands have never been quite full with these collieries, large and important and prosperous as they have become under his direction—he has devoted an extraordinary amount of time to representing the district on various local authorities and to attending personally to the development of the little town which has sprung around the collieries.

When he came to Denaby, the late Mr. Buckingham Pope was chairman of the Colliery Company and Mr Edward Pope was managing director. On the death of Mr. Edward Pope, few years later, Mr. Chambers was appointed managing director. It was under his direction that the Cadeby Colliery was sunk in 1889 —a splendidly equipped mine, albeit the scene of one of the saddest disasters in the history of British coal-mining. The Denaby mine is 451 yards, deep at the Barnsley bed, and 704 at the Parkgate bed. The Cadeby pit is 783 yards deep at the Barnsley bed, a fault occurring between the two mines. The pits are fitted for a very large output, and yet the area of coal taken includes seams of an aggregate thickness of 56 feet, which can hardly he exhausted for centuries. It is difficult to get an adequate view of the size of this colliery enterprise and of the contribution it is destined to make to the prosperity of the district. The wonder is that even a man of Mr. Chambers’s abounding, restless energy, should have been able to spare any attention from this undertaking to the hundred and one private and public interests, great and small, which have steadily occupied him all these years.

Genesis of Church Life In Denaby.

He personally initiated practically all the institutions of Denaby Main. Nearly all his plans for improving the amenities of the place were adopted by the Colliery Company, and he was left to carry them out. In many instances, he did this with the assistance and co-operation of the people of Denaby, and was very ready to leave the actual management of things to the people themselves. When he came to Denaby there was practically no spiritual provision for the people. A few Roman Catholics went to Wath, and a few Anglicans to Conisboro’. The ecclesiastical parishes of Conisboro’ and Mexboro’ met in the middle of Denaby Main and the Colliery Company subscribed in both parishes with the idea of obtaining the occasional service of a curate. There was the little chapel of St. Chad’s, near the railway, which was in the parish of Mexborough, and about four services a year were held there. As neither parish was willing to supply services at Denaby on a Sunday, Mr. Chambers tried to arrange a mid-week service in the Rossington street school, as soon as it was. Built, and the then vicar of Conisboro’ at first undertook to hold services there, but the work was not carried on and at length Mr. Chambers was authorised by the Colliery company to propose to the then Archbishop of York (Dr. Thomson) that the Colliery Company should find the stipend of a curate to work entirely in Denaby Main. Dr. Thomson agreed to this arrangement, and to the establishment of a “conventional district” of Denaby Main. The Church community grew and the question of building a church inevitably arose. Mr. Chambers went thoroughly into this mutter, begged the site of the church and the earliest contributions to the endowment, and finally, after much journeying to and fro, got the church, the endowment, and the formation of the ecclesiastical parish of Denaby Main. The Rev. J. Brookes was the first incumbent, and the patronage was vested in five trustees: Mr. J. Buckingham Pope (deceased and succeeded by Major Maurice Pope, the present chairman of the Company), Mr. S. A. Peto, Mr. J. C. Cunningham (deceased and succeeded by his widow), Mr. F.J O. Montagu, and Mr. W.H. Chambers. Mr. Chambers was an original warden of the church, and with one break has for many years held that office. He now holds it and will relinquish it at Easter.

It is also interesting to know that, man and boy, Mr. Chambers has been a Church chorister for 57 years—at Tinsley Park, in Derbyshire, at Leeds, Conisborough, Barnsley, and Denaby Main. He is exceedingly fond of music, and was one of a quartet who started the Denaby Main Orchestral Society many years ago. He still plays the clarinet in the orchestra, and is a regular attendee at the weekly rehearsals. At home he loves to play on a fine little organ he has installed there.

Through Mr. Chambers, the Colliery Company have done a great deal to help and encourage all the other religious denominations in Denaby Main. Mr. Chambers himself designed the Wesleyan chapel and begged the site he used to attend the Wesleyan Chapel at Denaby and Conisborough.

Mr. Chambers’s interest in the ambulance movement is known throughout a wide district. He obtained his first certificate at Tibshelf in 1878, and has since gained almost every certificate, medallion, label or order obtainable in the movement. He started classes at Woolley, but in those days the doctor, of that district looked rather askance at, the prospect of creating a body of amateurs, and Mr. Chambers had not only to organise the classes, but to give the lectures. At Denaby Main, a more enlightened view was taken, and Dr. Sykes and Dr. Hill took up the movement with enthusiasm. The work was difficult and discouraging at first. It did not “catch on”, especially after the first batch of examination failures, but in May 1899, the Denaby Ambulance Division was formed, and the movement has never looked back. To-day the Denaby Ambulance Corps comprises eleven ambulances and five nursing divisions. Until recently it was the largest in the province, but now holds second place because of a big amalgamation in Nottinghamshire.

Mr. Chambers has held the chief command of the corps until a few days ago, when he resigned it to Mr. H. C. Harrison. In 1914 he was appointed an Assistant Commissioner of the Grand Priory of the order of the Hospital of St. John of Jerusalem in England, with responsibility for a very wide district, and with very onerous ditties in connection with it.

At Retford he will still be within the district, and will continue to exercise the functions of the office.

Mr. Chambers started the Denahy Main Industrial Co-operative Society in 1013, was its first member and its first and only president. This office he is shortly giving up. He recently retired from the position of president of the Denaby Main Institute, a position he held from the time when he caused the Institute to be removed from its dingy and dismal quarters at St. Chad’s to the present premises.

He was interested also in the foundation of the Fullerton Hospital, a splendid little institution which is mainly supported by the workmen of the collieries, and in which they bare great and justifiable pride. His work for education too, has been considerable. The Colliery Company built the Rossington street schools, and afterwards the Large Hall. Both have been taken over by the County Council. but the Colliery Company continue to maintain them. Mr. Chambers sat on the old Conisboro’ School Board, and also on the Conisboro’ Education Sub-Committee, as well on committees concerned with continuation, technical, and mining education.

As member of the Doncaster Rural tried Council he has been deeply immersed in the administration of the district for nearly forty years, and has been a member of practically every committee having concern with the administration of the Denaby district, including the Conisboro’ Parochial Committee. He has taken a prominent part in the big inter-parochial battles which have raged round the question of urban powers for the district, and at the most recent inquiry into this question he advanced a proposal for amalgamating the district with the I neighbouring towns of Mexboro’ and Swinton, and the formation of a municipal borough. As the successful conductor of a very large undertaking, he is a believer in largescale methods and the powerful administrative unit. For that reason he supported the Doncaster Rural District Council against the Conisboro’ Parish Council, and, more recently, as the district became definitely urban in character, he supported the borough idea against the smaller scheme of an urban authority for Denaby and Conisboro’ alone.

Few men can look back upon such a record of prodigious and concentrated local only made possible by a high degree of system and of business talent. Few men, we should say, can turn to ease and rest with so complete a sense of having earned it.

Mr. W. H. Chambers was succeeded at Woolley by his brother. Mr. J. E. Chambers, who subsequently became manager of Darfield Main, Tinsley Park, and Cortonwood, and retired about ten years ago. His son, Mr. Douglas Chambers (Mr. W. H. Chambers’s nephew), was manager of the Denaby, Main Colliery in 1912 and perished with the gallant rescue party in the disastrous explosions at Cadeby in that year.