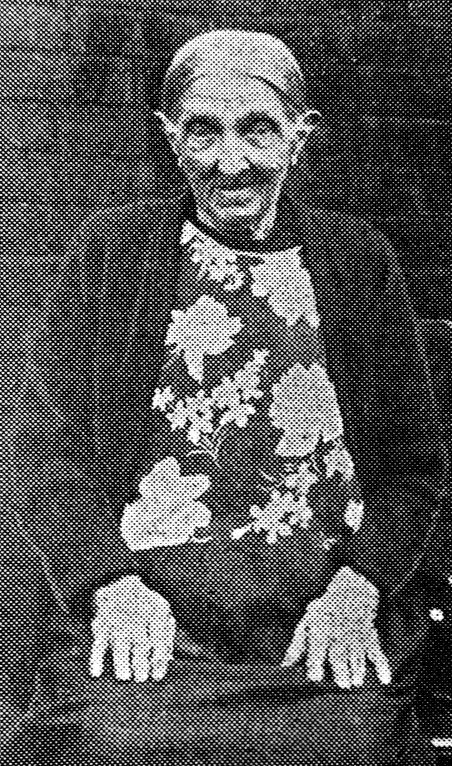 Born at Conisborough on September 10th, 1837, Mrs. Guest moved to Rotherham half a century ago on the death of her husband, Mr. Thomas Guest, a shepherd and farm bailiff under Mr. Godfrey Walker, a well-known landowner at Conisborough.

She lives with her son, Charles Henry Guest, who is 66 years of age.

Despite the length of her stay in Rotherham it is the early days at Conisborough that occupy Mrs. Guest’s memory. She was never happier than when helping her husband in gathering the harvest, and amid the grimness of industrial Rotherham and the hum of modern life she has longed for the beauty and peace of the countryside.

Modern talkies have no attraction for her. She remembers the music the birds used to make outside her country cottage, and thinks there is no other music to compare with it.

In fact, this machine age has little that satisfies her. Since leaving the countryside ,she has devoted all her care and attention to looking after her home, which has been shared with one or another of her children. Even now, it is home care that still keeps her active.

Enjoying fairly good health for her age, she attends to minor household duties with an assiduity which many younger housewives would envy.

“Hard work, a drink of beer at night and honest living,” are her recipe for a long life.

Mrs. Guest’s father was killed by a fall of stone at the quarry where he worked and when her eldest child was twelve her husband was disabled and she had to work hard in the fields to support the family.

“I have known plenty of trouble.” she told a reporter. “Yet to her there are no days like the good old days.”

It was the attraction of the bigger wages in town that took Mrs. Guest’s children away from Conisborough. and eventually forced her to leave in order to join her four sons. Two have since died. and another has gone to Workington. leaving only Charles Henry.

There are daughters at Doncaster and Rotherham and in Scotland.

When “Nobby” Guest drove his Donkey Cart in Denaby.

Death and Funeral of Mrs Holmes, of Conisborough

She Had a Noted Guest