The Search for the Murderer 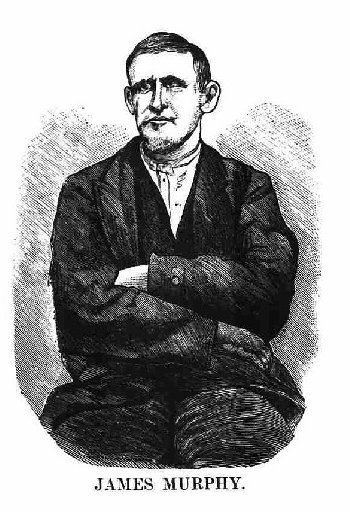 The search was immediately commenced, Mr Kane putting his force, Inspector Gunn and Burkinshaw and every available man, into the field to search for the murderer. The oldest and most experienced detectives in the division were called to the search. Without cessation, night or day the search was made for the first few days after the murder until every man in the force was tired and weary with the incessant worry and toil of searching woods and fields and outhouses, examining suspicious characters, “turning up” the abodes of the murderer’s relatives and poaching friends and acquaintances. Not a tree, no bush, no barn, nor outhouse escaped their search at that time.

It was well known that he was quite at home in the field, and would suffer no great hardship in the summer weather from having the earth for his couch and the sky his counterpane, and it was in the fields and woods that he was most frequently reported to have been seen. Now at Silkstone, now at Cawthorne, again at Penistone, at Stainbrough, at Bretton

but it was not only in this district that there was diligence shown by the police, and that the murderer was reported to have been seen. At Rotherham and its neighbourhood, at Denaby, where he worked for some time, at Wentworth at Chapeltown, at Wombwell, at Broomhill and Hemmingfield he was reported, and search was made for him. Again near Batley, where he had friends, sightings were reported, and there, too, the diligent police scoured the woods in vain. From Castleford and Pontefract, then from as far as York they reported that he was there, and at the same time from places in Lincolnshire, Derbyshire, Nottinghamshire, Cheshire and Lancashire came reports that the murderer had been seen. £100 reward was offered for information, but all alike proved futile and every report groundless.

On the Track at Last

Again and again the houses of the murderer’s relatives have been visited, but in no case until Wednesday had anything of a suspicious character been observed. Amongst those relation is a brother, Michael Murphy, a collier, who at the time of the murder resided at Kinsley common, Hemsworth. He seems to have been somewhat “loose” in his conduct, and since the crime was committed, he has frequently been in Barnsley, where many of his sympathisers treated him to drink, and on one occasion, since the murder he has been fined for drunkenness. Then there is a younger brother, Patrick Murphy, a professional cricketer, in the employ of the Broughton Cricket Club, Manchester. He seems to have been a well conducted, respectable man. Since the murder he has been frequently in Barnsley, and he was, we understand, in the town on Tuesday.

Then there is the murderer’s wife, Mrs Murphy, who lives at Lambert Fold, Dodworth, and who, since the murder, had received assistance from various sources, but whose funds, it is said, have not been very wisely spent. At Barugh there has been residing a man named Goss and his wife. Goss, who is a man about 35 years of age, who is Mrs Murphy’s brother, and he married little more than a year ago a young woman name Adshead, whose parents reside at Barugh Green. Goss, after his marriage, lived for sometime at Barugh Green, but about four months ago his wife obtained the situation of cleaner of the Wesleyan Chapel at Barugh and since then they have resided in a little cottage adjoining the chapel.

All these relatives as we have said, have been frequently interviewed by the authorities, and have always professed to be fair and above board. They have professed their horror of the dreadful crime which their relative has perpetrated.

Perhaps the most frequently visited of any of these persons has been the man Goss. On the Sunday after the murder the house was “turned up” by inspector Gordon and dectecive sergeant Lodge, and on half a dozen occasion since that time domiciliary visits have been paid, and in addition, the constable on the beat has regularly paid special attention to it. On none of these occasions had anything of a suspicious character been observed, and Goss himself professed to be anxious to secure the reward of £100, which is offered, if he could do so. 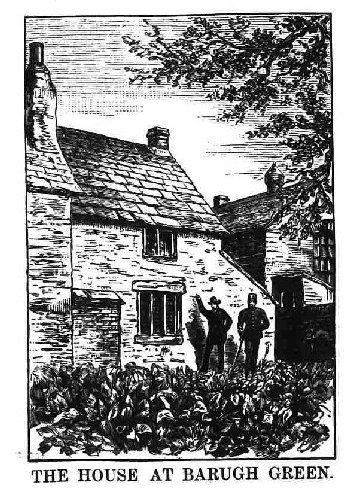 However, the authorities were not satisfied, and Wednesday last, whether acting on special information or not, we cannot say, but are inclined to think without any information of a special character, Goss’s house was visited by Mr Supt Kane, Barnsley; Mr Supt Stansfield, of Leeds; and Mr Detective Inspector Ramsden, of Bradford. Mr Kane has of course had chief control of the search since its commencement and Mr Ramsden who is also an officer of great experience, has been engaged in it continuously since the day after the murder. The three officers entered the house about 1 o’clock and, on seeing Mrs Goss, they began talking to her with a view to find out whether she really did know anything of the murderers whereabouts. She averred she did not, and stoutly denied that she had ever seen or heard anything of him since the murder. The officers however became perhaps more suspicious than usual, and, by the instructions of his chief Mr Ramsden looked into the little place used as a scullery, and the dingy little pantry beyond. There was nothing in these places, however, and without hope of finding anything the inspector opened the door at the foot of the stairs which led to the upper chamber. There is no partition or door to the bedroom itself, and as he ascended he became conscious of the presence of someone in the room. Ascending three steps his eyes were level with the floor of the room, and he then saw Murphy in the act of making his escape by the window.

Escape by the Window

The inspector rushed up the steps, but the murderer was by this time through the window, and as the inspector grabbed at him he sprang from the window ledge. The officer snatched at his collar and almost managed to get his fingers upon it, but was unable to make a fair grasp as the murderer was jumping down.

The distance from the window to the ground would be between seven and 8 feet, and the murderer dropped about five or 6 feet from the house wall, the prints of his feet being afterwards plainly distinguishable in the soft earth, on each side of a cauliflower plant. The inspector put his head to the window and the murderer, dropping his clogs, which he had taken with him, he turned and presented his gun at the inspector. Seeing it was hopless to follow through the window, Mr Ramsden rushed downstairs where the two men below had taken the alarm. They have heard the sharp short scuffle, and could not make it out. Calling that Murphy was escaping, the Inspector rushed out of the house by the only door, which was unfortunatey in front. They ran to one end of the house, which appear to lead into the garden, but found their way blocked by a six-foot wall. With all haste they retraced their steps, and ran to the rear of the house, but by this time the murderer had disappeared across a field, behind a stack, and over a hedge, and he was lost to view completely. His clogs were lying in the garden, but he was nowhere to be seen. He was gone as completely almost as on the occasion of the first commission of the crime.

Threat To Murder a Wife At Denaby