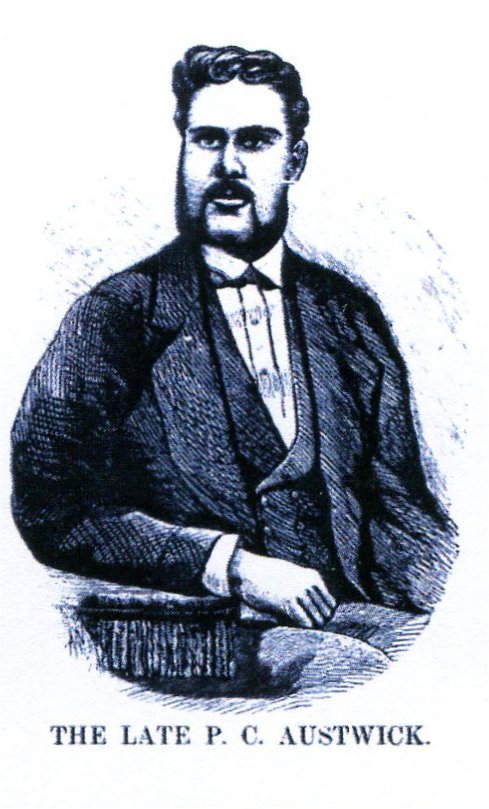 The whole of the circumstances attending the horrible murder of police constable Austwick by Murphy will be fresh in the minds of our readers.

Austwick, a quiet, respectable and respected man, of giant frame and cheerful heart, had long been stationed at Dodworth. The murderer, Murphy, a man who for the past 20 years has been a notorious poacher, who once served five years penal servitude for housebreaking, also lived at Dodworth in a place called Lambert Fold.

Austwick had a delicate live and six small children; Murphy had a wife and two children, both approaching their teens stop because of his duty Austwick was frequently brought in contact with Murphy, but he never seems to have in any way exceeded his duty, and there does not appear to have been the slightest foundation for the rumours which have been current to the effect that he watched Murphy and his watching had almost amounted to persecution.

His duty he did in a fair and fearless spirit, and no more, and in doing his duty at the sympathy of all the respectable people of the community. In the course of the poor fellows duty he was compelled to report Murphy for drunkenness. On occasion for which he was reported he had been behaving like a wild man, or a madman, and the consul would have failed in his duty if he had not reported him. He did his duty, and on Friday he served on Murphy a summons charging him with drunkenness.

Nothing happened at that time, but next day Murphy, what spent a good deal of the day drinking, was heard to valve engines and Austwick, who, however took no notice of his threats. But there was a fearful meaning in the threats on that occasion.

Shortly after 11 o’clock on that fateful Saturday night Austwick went home for his lamp, which he got, and then he walked along the road, in company of George Tricket, a miner, towards Mr William Buckles, the Travellers Inn, Dodworth. When they got to the end of Lambert Fold they saw the merger Murphy and other men, including John Brown, Joseph Lodge, and Fred Lodge. Murphy was making a great noise, and the constable ordered him to go home. Then the murderer, who is only 5 ft 4 in or saw in height, went up to the officer, and looking up at him said, “it’s you is it? It’s you I want. Wait here till I come back.” He turned to go down the Fold, and some of those gathered about thought he meant mischief, and one said to the officer, “He means something wrong; you had better be going.”

But the constable was doing his duty, and refused to run. He stood talking, and Murphy returned, and before anyone tried to stop him, as quick as thought he raised his gun, and remarking “where are we now?” fired. The entire charge entered the constable’s breast, making a hole in it four inches in diameter, and he fell. As he did so the murderer turned and walked quickly down the fold. As he passed his house he called out something to his wife – what the words were is unknown – and was seen to mount the wall and disappear into the field beyond. The wounded man died in great agony a couple of hours after being shot.