Previous to his entry into hospital, Lance Cpl Needham was on active service in Gallipoli. He was well known in Conisbrough.

He was a reservist when the war broke out and went to France with the expeditionary force. He was buried under debris caused by the bursting of a shell. After being in hospital, he was invalided home last August and took great interest in local recruitment meetings, obtaining many recruits by his rugged eloquences. He was again drafted out to the Dardanelles. When leaving Conisbrough he told his wife that she would never see him again, and this presentiment has been fulfilled.

For his gallant services he was promoted to the rank of Lance Cpl. Needham was a hero indeed. He had served in South Africa, gaining the King Edward medal (1901 – 2), with two bars and the Queen Victoria medal with 4 bars – LaingÂ´s Nek, Transvaal, Orange Free State and Cape Colony.

Lance Cpl Needham would have gained his discharge had he survived until the 17th of the coming March. On the 16th November he wrote cheerfully to his wife stating that he was in the best of health. Lance Cpl Needham was only 29 years of age and leaves a young widow and two children. 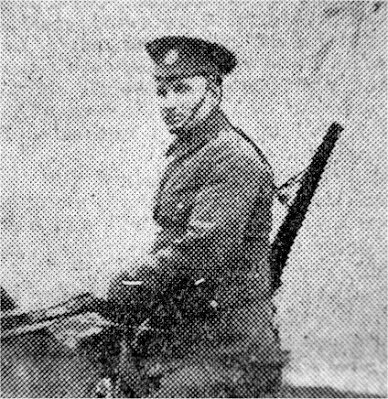