A series of photographs of the new children’s playground provided at Conisborough Crags, overlooking Denaby Main, by a grant from the Miners’ Welfare Fund, and handed over last Saturday to the custody of the Conisborough Urban District Council.

The upper photograph gives a general view, the next two show some of the amusements with which the little park is stocked, and the lowest photograph a group of representative people present at the opening ceremony.

In the front row, left to right, are: Mr. A. Roberts, C.C., chairman of the Conisborough Urban Council, Mr. T. Williams, M.P., who performed the opening ceremony, Mr. C. Wicksteed, of Kettering (representing the firm which installed the amusements), and Mr. L. C. Hodges, general manager of the Denaby and Cadeby Collieries. 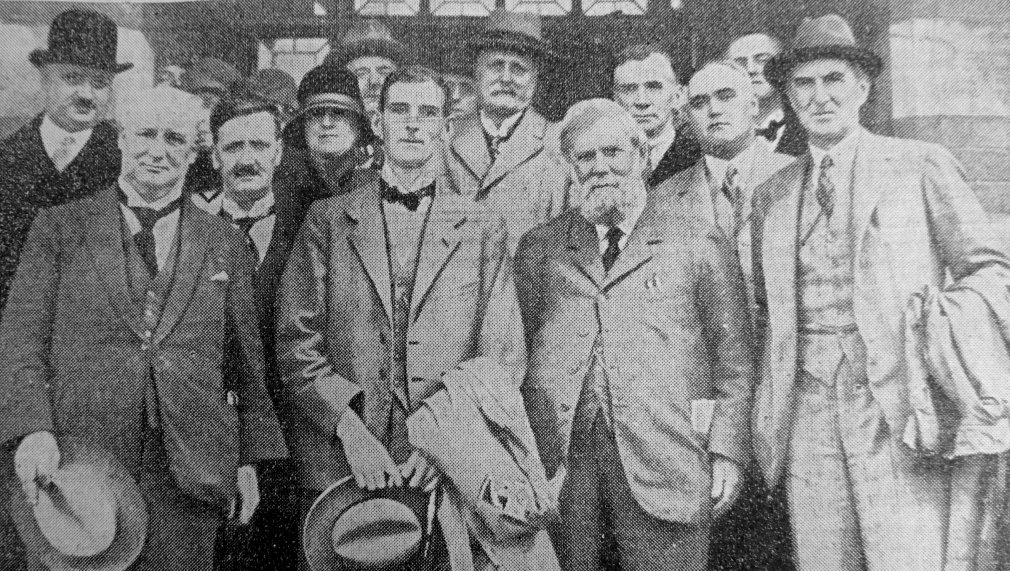