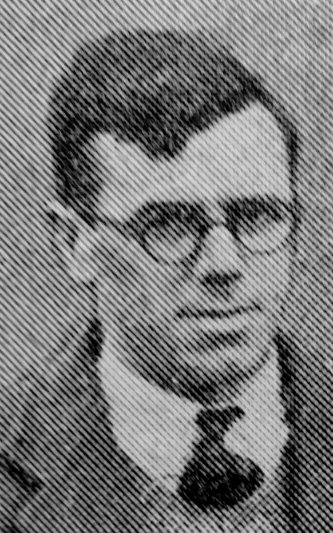 His first appointment was as science master and physical training instructor at the Ellis School. Brampton Bierlow, and he later joined the staff of Rossington Senior Boys’ School. Returning to Cheltenham, he joined the staff of St. Paul’s Training College as science master and gymnastic instructor, and took a considerable interest in the use of cine projectors in schools.

After 4 ½ years there he obtained a post at Selby Abbey School, and from the start made the laboratory his home, a large collection of working models of modern appliances making science a really live subject for the children.

As P.T. instructor he has worked wonders, and his influence on the school games has been remarkable. During his term at Selby the Abbey School football team has not lost a single league match. Mr. Vollans is well known in South Yorkshire cricket and football circles.

He assisted Denaby for nine seasons and Rossington for two in the Yorkshire Council, and for four seasons he played for Cheltenham Town. He also played for Mexborough Athletic for two seasons and Denaby United for one season as a half-back in the Midland League, and had three seasons with Cheltenham Town in the Birmingham Combination.

Mr. Vollans is a member of the West Riding Special Constabulary