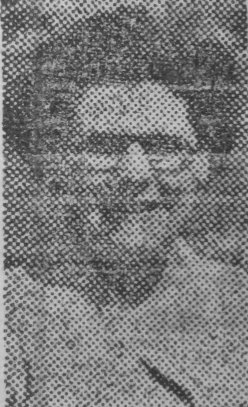 In 1938 she married Fred Winter, who is an insurance agent and treasurer of the Conisbrough British Legion branch. They have two daughters. Geraldine (8) and Josie (6).

Mrs. Winter is very interested in music. She often sings at concerts and takes part in choral works. At Waverley School she trained a mothers’ choir which was connected with the Parents-Teachers’ Association, in which she is a great believer.

Mrs. Winter told a “South Yorkshire Times” reporter that she had always found the parents most co-operative, and the information they were able to supply was often “an enormous help in dealing with the children.”