Pears continually tormented the Mexborough side with the persistence of an ill omen. After a superb drive in the 20th minute, which was cleared by ‘keeper Cutts, he put Northcliffe two up in the following minute.

A visibly despondent Mexborough had a weak response to the strength and consistent hammering of the Conisbrough front line. The away team goalkeeper, Whitehead stood quietly while play centred at the Mexborough end, testing Cutts severely.

The few attacking moves that Mexborough could muster were led by outside-left Gray, who made several fine, but unproductive solo efforts, one which ended in a collision with Whitehead.

Mexborough began their comeback efforts towards the end of the first half but could not break Conisbrough’s firm grip.       Their concerted and determined attack in the second half brought near results and gradually broke the Conisbrough dominance. Inside-left Holden netted a disallowed goal in the 59th minute but there was no mistake about Roebuck’s goal a few minutes later.

Despite further threatening moves by Pears, Mexborough took command and persistently challenged Whitehead with no reward. A 25 yard free-kick from Con’s-brough’s right-back, Smith, put Northcliffe ahead by two goals. Mexhorough’s gallant attacks had Came too late in the game to be effect lye.

Presentatiosn were made after the match by Mr. Erie Payling, Montagu Cup Secretary and chairman of the Mexborough F.A. 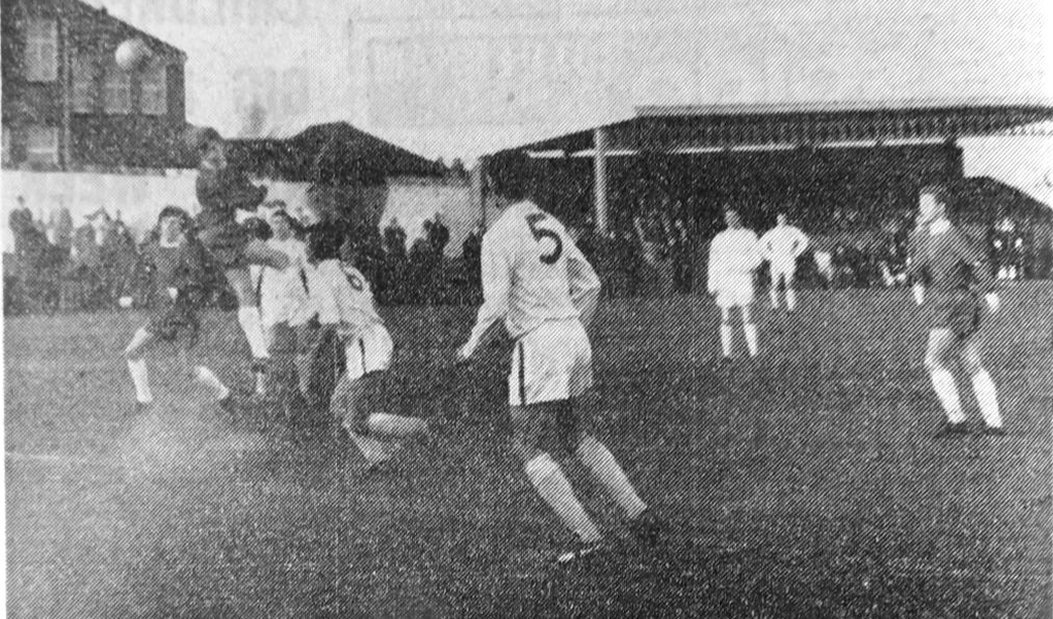