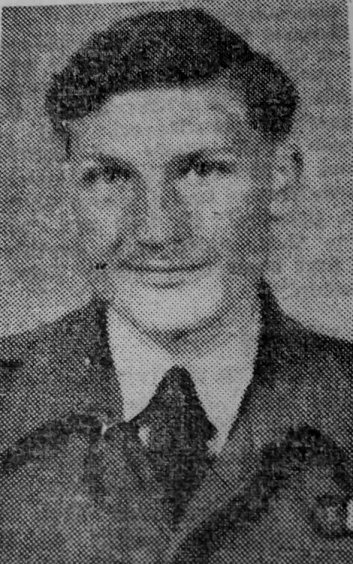 To all those ex-“erks” who dipring their R.A.F. careers might many times have doubted—and even questioned—the fact, let it be stated that the Air Ministry really has a heart.

This week the “South Yorkshire Times”—through a one-time “erk” now back on this newspaper’s reporting staff—reveals the story of the airman who the R.A.F. decided because he had been married only a fortnight, not to send overseas.

Last week the Air Ministry gave the name of Sergt. Flight Engineer Bernard Michael Donohue (22), son of Mr. and Mrs. J. T. Donohue, 16, Athlestane Road, Conisbrough, among those who were to leave Hemswell (Lincs) R.A.F. station, on Wednesday, on Exercise “Red Lion” for Ceylon and Singapore on a. month’s exercise to demonstrate R.A.F. mobility.

On Saturday, Sergt. Donohue returned to Hemswell after his honeymoon following his wedding in Edinburgh to 20-year-old ex-W.A.A.F. Betty Cowan, Restalig Circus, Edinburgh. He spent the week-end with his parents at Conisbrough and reported to his station on Monday expecting that on Wednesday he would be aboard a Lincoln II bomber en route for the Far East.

To his great joy the announcement was made on Tuesday that he had been transferred to a reserve crew, and on Wednesday the air armada took to the skies without him.

Sergt. Donohue met his bride, a former nursing orderly, in South Wales, during war service-. His wife is now to return to the nursing profession and she and her husband have obtained a flat in Edinburgh.

Present at the wedding from South Yorkshire wore Mr. and Mrs. Donohue, his parents, and his sister-in-law, Mrs. Catherine Donohue (Dinnington), in blue, as matron of honour.

The bride, given away by her father, was in white silk brocade. She was attended by her sister, Catherine Cowan, in pale blue, and best man was Sergt. Flight Engineer George Coulson.