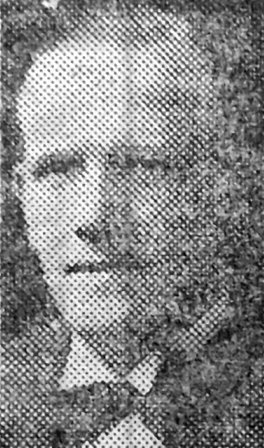 The death occurred at his home at Conyers, Bamber Avenue, Bispham, Blackpool, on Tuesday, of Mr Charles H Webster (53 ), a member of a well-known Conisbrough family and a former member of Conisbrough Urban Council.

Mr Webster retired on medical advice from active business last October after having held the licence of the Lord Conyers Hotel, Conisbrough for over seven years, but had been ill practically ever since.

He was a popular host, and was associated with a multitude of causes in the Conisbrough Urban district.

In 1924 he became a member of Conisbrough Urban Council and served until 1933.

His first election saw the creation of a remarkable record. Mr Webster, his father, the late Mr Irad Webster, and his brother Mr John I Webster, were all elected to the council together for Conisbrough wards.

He was a Former member of Doncaster Licensed Victuallers Association committee and Vice Chairman of Mexborough, Swinton and District L.V.A., of which he was made a life member on relinquishing his connection with the trade.

An old soldier of World War I, he enlisted at the age of 18, he was associated with Conisbrough British Legion, Conisbrough Cricket Club and, during World War II, the Red Cross Agricultural Show Society. He was a former section commander of Conisbrough Special Constables.

For 25 years he was in business on his own account. In 1923 he opened a grocery shop in Liverpool and two years later purchased the retail part of the late Mr C Farrell’s business in Conisbrough. This business is now being carried on by his only son, Mr Gordon Webster, a grandson of Mr Farrell. The business had been in the Farrell’s – Webster family 40 years.

The funeral will take place at Conisbrough tomorrow (Saturday), a service in the Baptist Church, at 2:30 p.m. preceding the interment at the Cemetery. At Mr Webster’s request, Mr R.J.Troughton (assisted by the Reverend AE Lewis) will conduct the service.

Mr Webster leaves a widow, one son and one daughter.