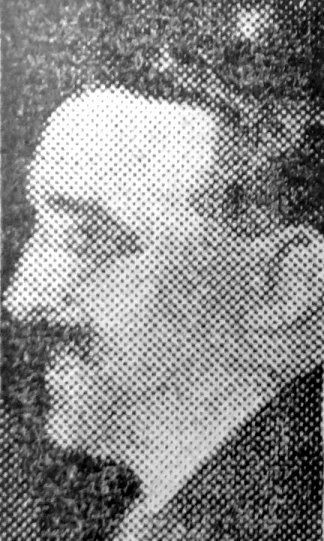 Mr Charles Hanmer, a well-known figure in the South Yorkshire mining area, lost his life in a car crash near Wetherby on Saturday. A pit worker and an amateur photographer, Mr. Hamner produced a film “Black Diamonds” on local pits and mining life, which created great interest at the time.

Born at Chirk (North Wales) 67 years ago, Mr. Hanmer moved to Goldthorpe at an early age and spent the greater part of his life there. He commenced at Hickleton Main as an underground worker, and it was not long before the toll of mining on the lives and health of the miner impressed itself deeply on him.

He joined the St. John Ambulance Brigade. As his knowledge and experience of rescue work grew, so did his enthusiasm, and eventually he became captain of the rescue team and the ambulance team. It was one the great days in Mr. Hanmer’s life when his team carried off the Wood Shield.

In 1912 Mr Hamner left Hickleton to become the Officer and Training Demonstrator for the S.J.A.B..

The Cadeby Colliery disaster the same year made him decide to place a true story of the price of coal before the people with all the power at his command.

Another big step forward was when the S.J.A.B. made him their official instructor. This enabled to visit many collieries and secure pictures which were to be of great use to him later,

During the war years Mr. Hamner carried out ambulance work with the R.A.M.C., but was back at his job of lecturing at the end of hostilities. His greatest honour came shortly after this when he was decorated by King George V. for meritorious service in rescue work land life-saving.

It was not until the premiere of “Black Diamonds” in 1932 that he made a national reputation for him-self. This was by no means the first film he had produced, however. His silent film “The Toilers” had a good reception, but unfortunately the date of its introduction coincided with the advent of the talkies and, as a result, interest in it evaporated.

As far as possible all the shots were taken from real life and faking was reduced to a minimum. For example, the shots of rescue Work in “Black Diamonds” were all taken below ground.

Through the assistance of friends he was able to start on the task of filming. For technical reasons this was by no means easy, for the problem of underground lighting had to be overcome. Mr. Hanmer got over this by devices which he invented, and the authorities did all in their power by assisting him in the laying of the cable from the pit head. Mr. Hamner surprised technicians of other underground films by the quality of his “shots.”

The pits to which Mr. Hamner owed most in his filming of “Black Diamonds” were Hickleton Main, Barnburgh Main, Goldthorpe and Dearne Valley.

Present at the film’s premiere at the Regal, Marble Arch, in 1932, were several members of the Royal Family and Mr. Hanmer received congratulation from the present King, then. Duke of York,

Shortly before the war, Mr. Hanmer had a photographic studio in Goldthorpe, but at the beginning of the second world war he left Goldthorpe to become an ambulance instructor at Thorpe Arch Ordnance Factory, Thorner, near Leeds.

At the end of the war he went into business in photography again and continued living at Thorner. He was on his way to take photographs at Tadcaster when the accident occurred on Saturday.

Mr. Hanmer leaves a widow, one son, Mr. C. Hanmer, of Manor Road, Harlington, who is engineer at Barnburgh Colliery, and two daughters, one, Mrs. Barfield, living in Goldthorpe, and another who is touring American and Canadian hospitals.

After a Church service at Thorner to-day (Friday), Mr, Hamner will be cremated at Leeds.

“The Toilers.” – The Miner at Work and Play – A Coalfield Film (picture)