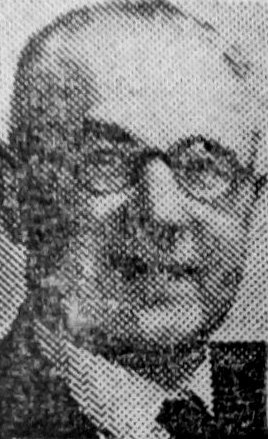 The funeral took place on Saturday, a service at Paignton being followed by cremation at Plymouth, Of Mr. Harry Thirlwall (69), Conisbrough Urban Council’s first surveyor and engineer.

Mr. Thirlwall retired in April, 1946, after having held the position for 25 years, following the creation of the authority in 1921.

After his retirement Mr. Thirlwall remained for some time in Conisbrough but in recent years he had resided at Paignton (Devon).

Mr. Thirlwall was one of the principal architects of modern Conisbrough. His Daylands Housing Estate was a model of progressive lay-out and he was also responsible for the lay-out of Denaby’s excellent War Memorial Park.

On his retirement the Council decided to keep his name in memory in the town by naming one of the first streets in their post-war housing estate at Conanby “Thirlwall Avenue.”

For some years he was a warden at Conisbrough Parish Church and he was also a member of St. George’s Lodge of Freemasons, Doncaster. During the war he was one of the chief directors of Conisbrongh A.R. P. service and when he retired from the Council employ the Councillors marked his 25 years’ service by presenting him with a door chiming apparatus. From the Council staff be received a breakfast service and a fountain pen.

He leaves a widow and two sons, Messrs. C.G. Thirlwall and R.E. ThirlwaII, both of whom had distinguished, war records.

Major C. G. Thirlwall was awarded the M.B.E., and his brother attained the rank of Lt.-Colon