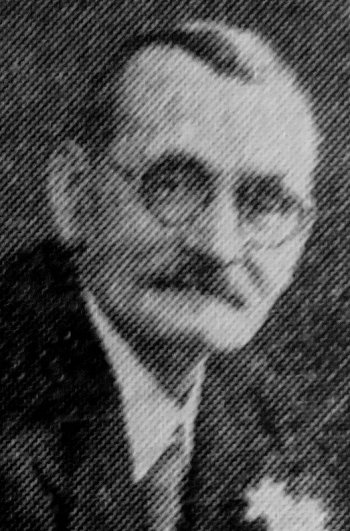 Old age is no drawback and does not curtail the activities of Mr. M. G. Tolini, of Doncaster Road, Mexborough, who celebrated his 80th birthday on Saturday. Mr. Tolini, who is well known in the district as a musician, received many congratulatory messages from relatives and friends.

Thirty five years ago Mr Tolini set up business as a boot repair in Bank Street, three years later taking over its present premises in Doncaster Road, when he still does his own work.

A native of Irchester, Notts, he had his first lesson on a musical instrument, the concertina, at the age of three. Before he was 20 he could play 18 different instruments. His four “special” instruments were musical glasses, ocarina, Indian fiddle, and a form of fairy harp, which he designed himself.

In Northampton, at the age of 14, Mr Tolini became an enthusiastic member of various orchestras, brass band and choral societies, while his services as an entertainer were also sought. At one time he was the organiser of three ocarina bands. While at Northampton Mr Tollini was connected with the book trade until he joined it, when he managed the scenic and musical side of the show. For the next three years Mr Cellini turned professional musician.

Soon after coming to Mexborough, Mr Tolini s musical abilities were recognised, and very silly services were sought for all matter manner of entertainments. For nine years he was a member of the Denaby Main Orchestra. He was a founder of the late Mexborough Orchestral society and of the Plant Brass Band. He has assisted at Sunday school anniversaries for 27 years and still takes a keen interest in these functions.

For many years Mr Tolini has been a trustee of the Free Christian Church, of which he was one of the foundation members.

Distinguished Honour for a Conisborough Musician